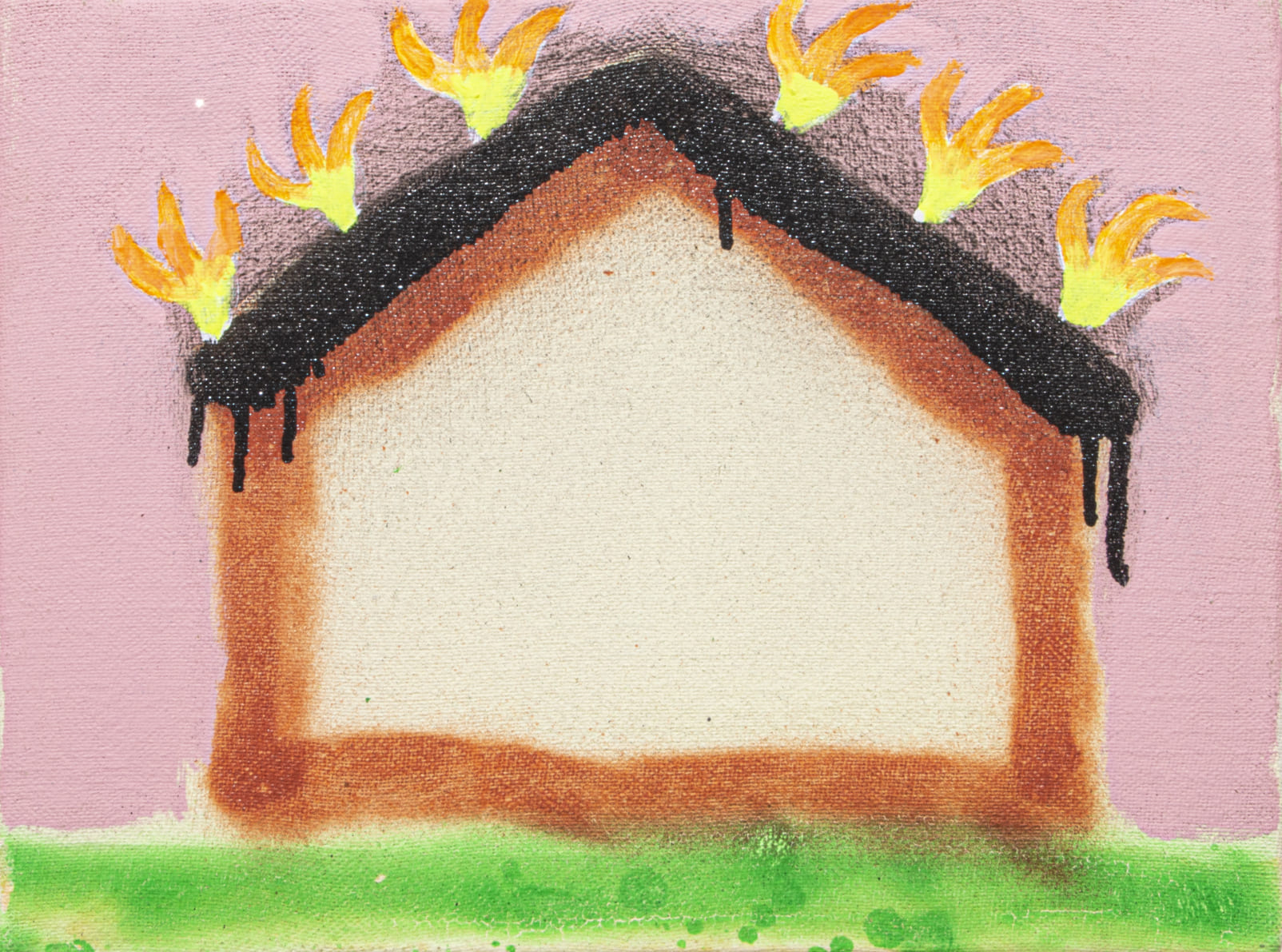 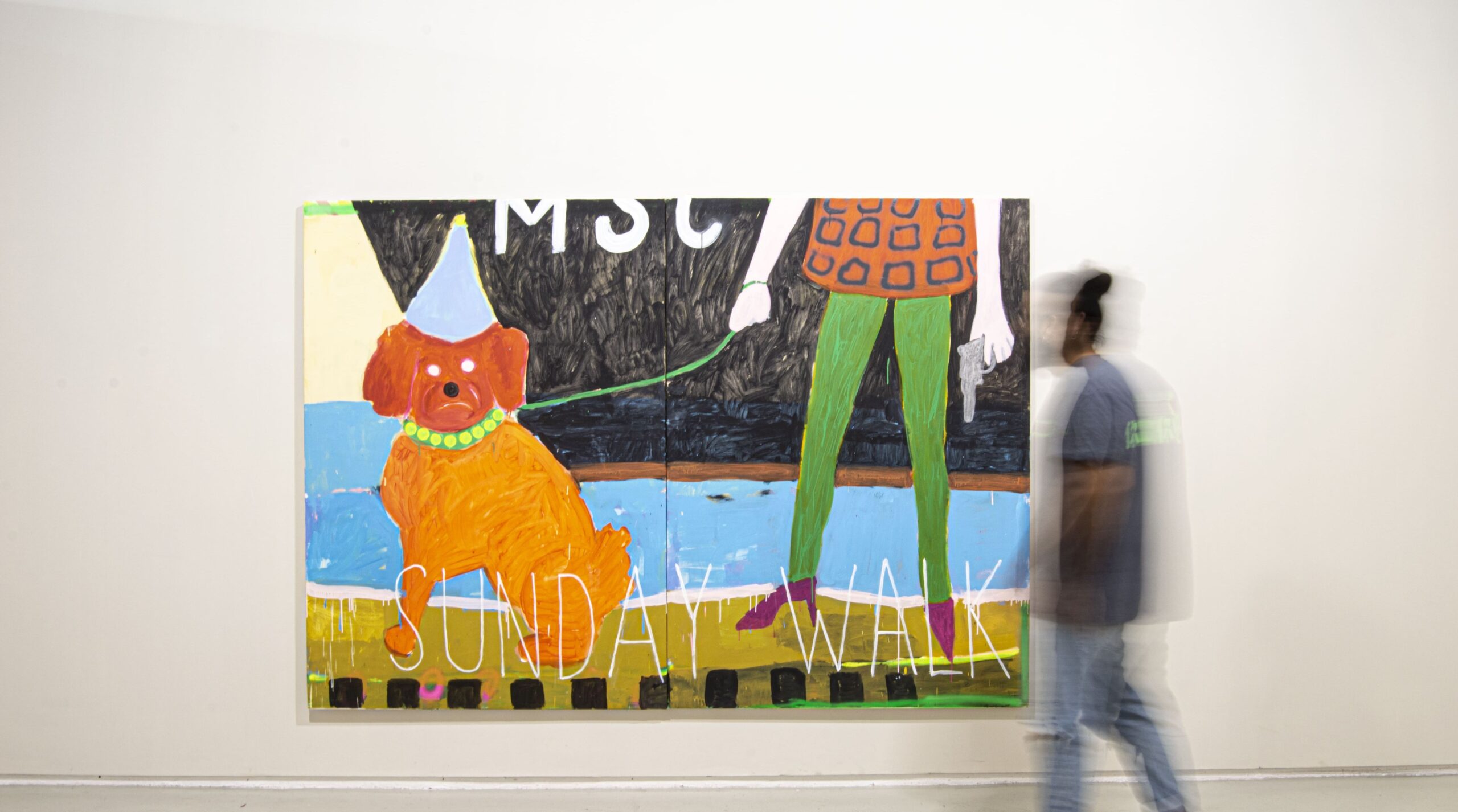 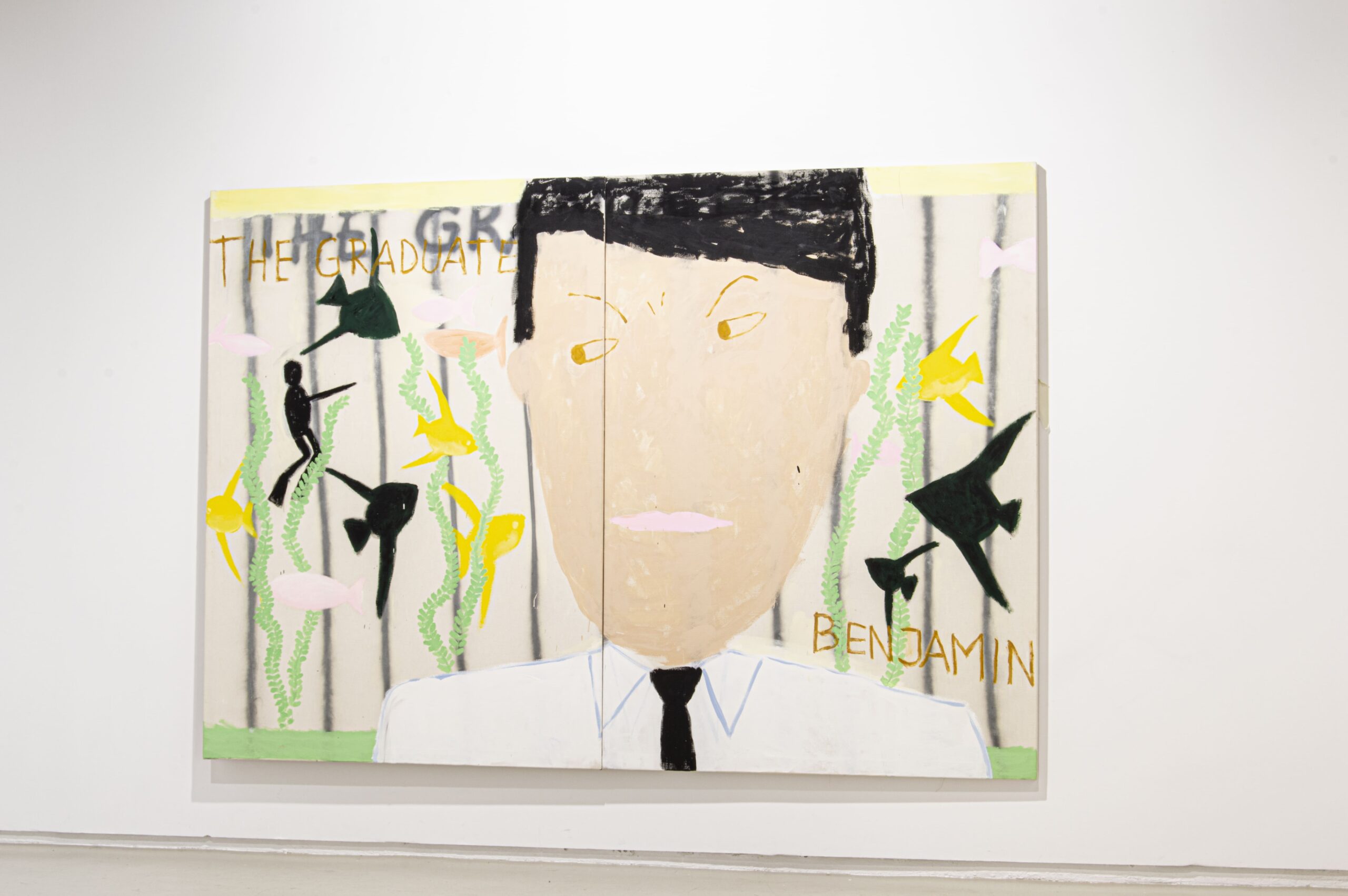 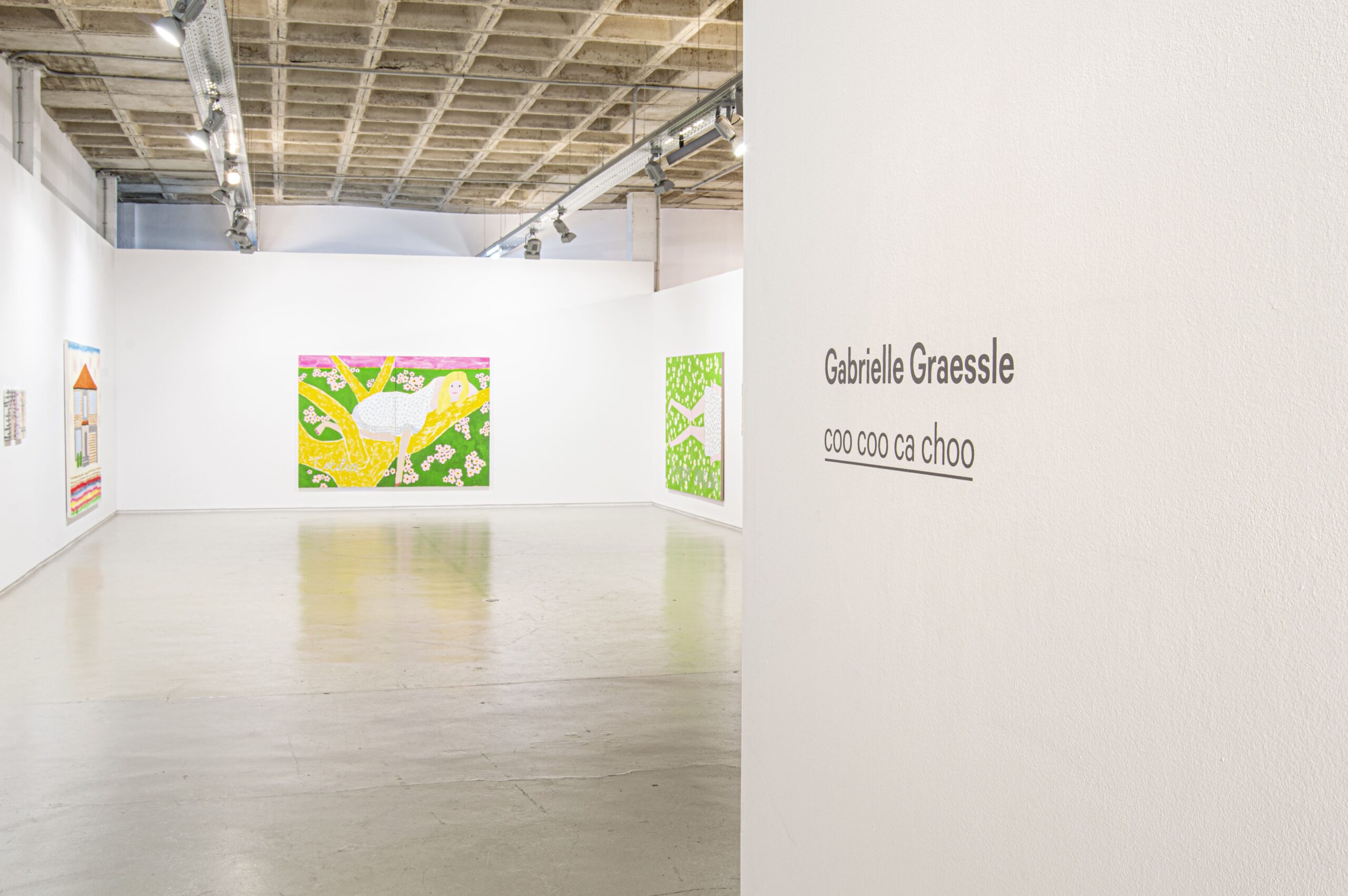 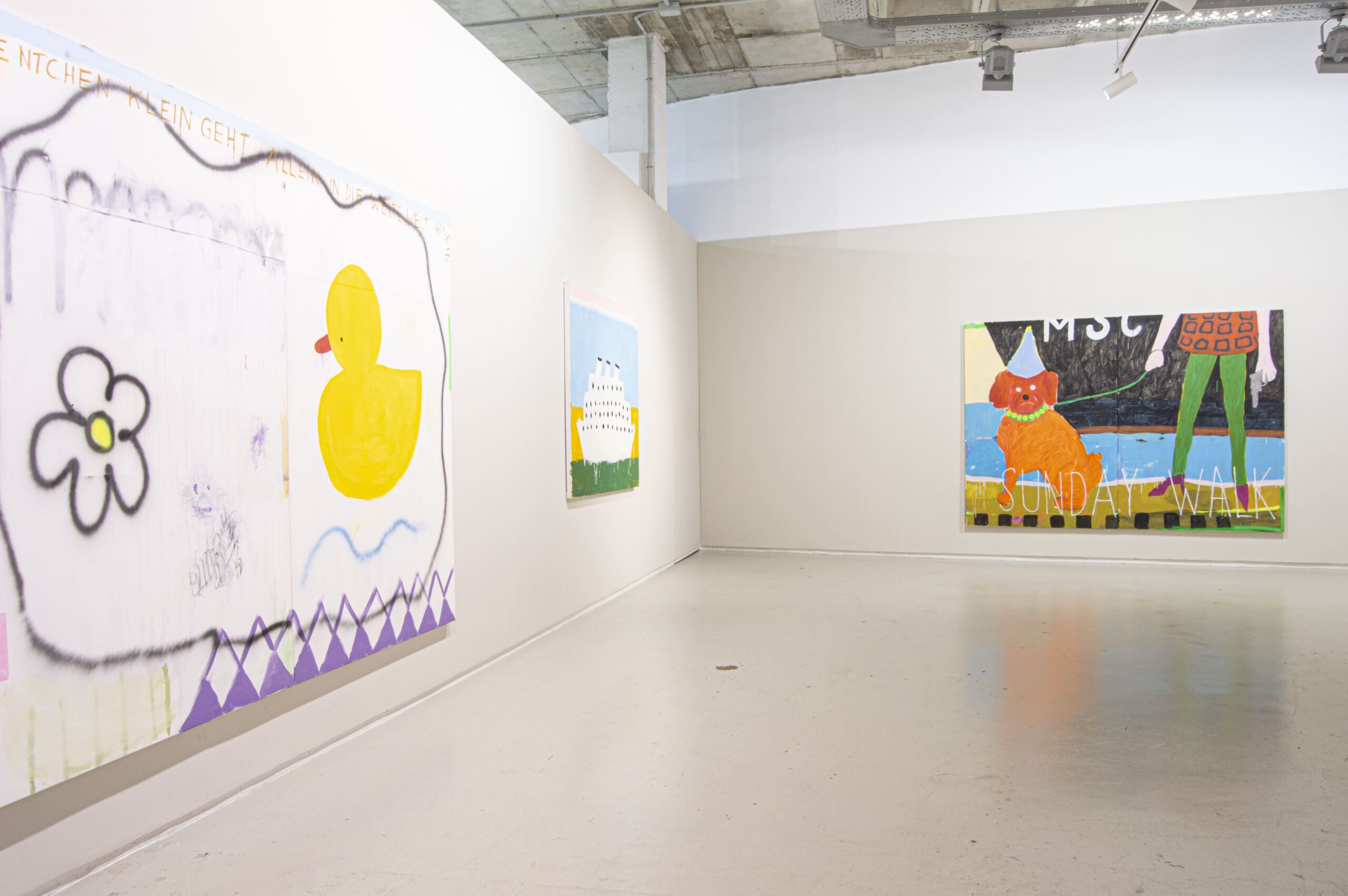 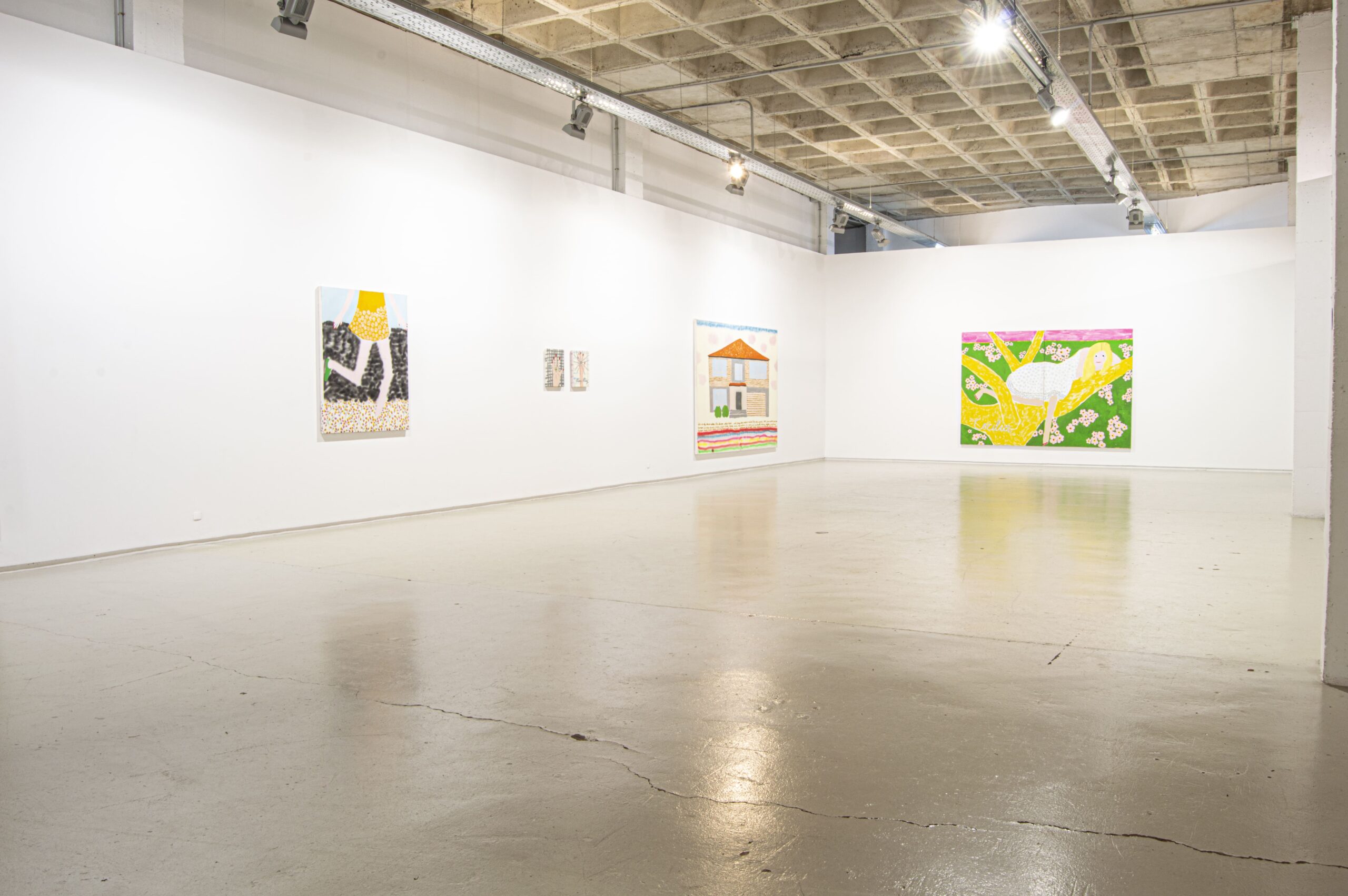 The Graduate was released in 1967, where a young Dustin Hoffman played a student seduced by his girl’s mother. Simon and Garfunkel, the most famous singer-songwriters of their time, wrote the song “Mrs. Robinson” for the occasion, where Coo Coo Ca Choo appears in its chorus. Words that give the exhibition its title and are nothing more than an expression closely associated with the hippie explosion of that time. It can mean many things, but essentially equates to something like “everything is ok” or “everything is fine”. A primary onomatopoeia that reminds us of that da-da that the later called Dadaists adopted to name their beautiful anarchy; now Coo Coo Ca Choo, that strange expression with an open meaning, is the presentation that this Swiss artist based in southern Spain has chosen to name her first major individual exhibition in Andalusia. A title that undoubtedly gives us the clues to understand these works – ambiguous, free words, not ascribed to any specific language but charged with an open meaning, as is the work presented here. And it is why, possibly, one has to go back into language before language, like the babbling of children and, in general, with the pure sounds that communicate without the need for polished words and syntactic structures that make up our languages.

What Gabrielle Graessle’s work proposes is a return to that pure and artifice-free intuition found in the innocence that resided in us before being what we have become. As Joan Miró did throughout his life, it is a matter of constantly simplifying until he seeks the truth found in the child who painted freely, interpreting the closest things, without an order, the one who translated the primary feelings without the need of theories or discourses; it is about the search for a purity that the years force you to lose if anyone wants to develop through the guidelines of this or any other civilised world.

Does anyone know a boy or girl who painted badly in their early childhood? It is difficult to think back and remember an instance. Slowly, we have all lost that absolute truth, a truth which did not require rules, we have forgotten it as we learnt social structure. That is why we are seduced by what we find in the work of this artist, because it comforts us to know that this primary stage is shared ( as we have all lived it) and we recognize it as a lost world that we long for, deep down. We are faced with the purity of interpreting the simplest things and converting them into the parallel magic that is every image.

All these large canvases that we now find in the gallery are also the result of years of continuous work focused on drawing, as a reflection on simple and everyday elements where she represented the human body together with essential forms that are intuitive or associated with different elements of life. Nature. Everything comes spontaneously and without the specific intention of building a closed discourse. And it is now at a more mature age, as has happened with so many other artists (almost always women, like Louise Bourgeois), that we have reached a stage that was always there, yet took us years and years to find.

In this way, Gabrielle connects to the girl she was and freely interprets things from here and there, without order and without fear, things of a different nature that have moved her in her life. We see a large painting of a house, all perfect and tidy, with a door, a window, a garden, and there nothing seems to happen but, nevertheless, everything is there. It is the home of the Lisbon family, the protagonists of Jeffrey Eugenides’s novel The Virgin Suicides (1993) that a few years later would be magnificently turned into a film by Sofía Coppola; we see the adolescent Cecilia, the youngest of the suicidal sisters, on a tree, whom we later see in another painting partially lying with her legs surrounded by flowers. The tension of that narrative is now converted into these great pictures that possibly want to tell us that life is much more than what it seems at first glance and that behind the apparent placidity and order of a room an absolute tragedy can hide. Like that Benjamin seduced by Mrs. Robinson where two worlds collide, two ages that are initially difficult to combine.Or that immense face of Naomi Campbell or that Mohamed Ali that represent a particular tribute to those iconic characters. But let’s not seek too many explanations for these works, it would be absurd and counterproductive to load literature with something that is pure intuition, pure life, because what the author intends to do is to communicate the things that have attracted her from this world, and she shows them to us on these walls in the same way that a girl would by giving us a picture she has just painted. To understand this work, we need nothing more than to let that boy or girl that we were read with the ease of freedom what is shown to them and forget what they have learned, in order to see the truth of this innocent and immense world that can offer us the freedom to be what we were and that we should never have forgotten.