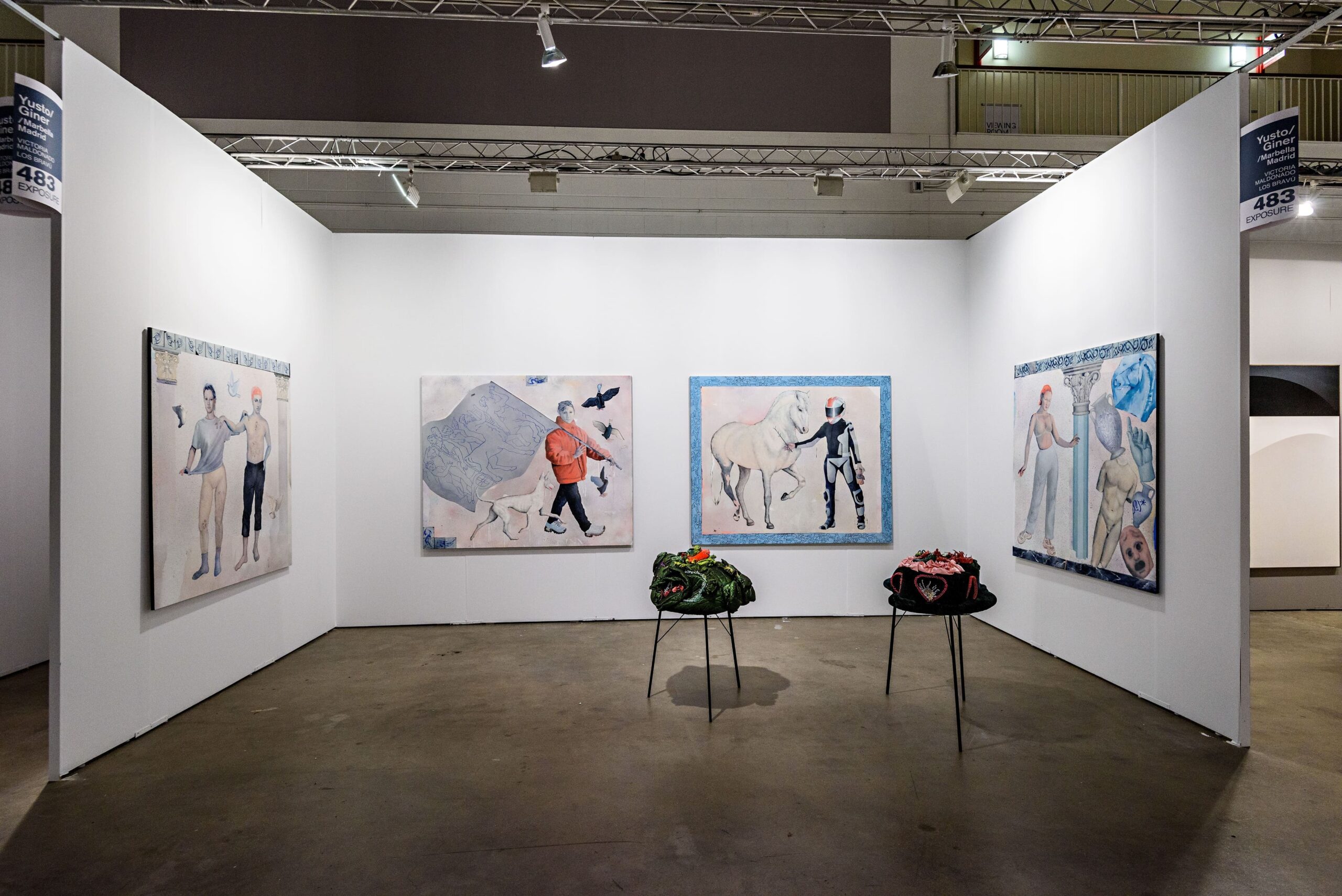 The proposal for Expo Chicago is presented as a dialogue between two of the most original and promising voices on the emerging Spanish art scene: Victoria Maldonado (Málaga 1989) and Los Bravú (Dea Gómez, Salamanca 1989 & Diego Omil, Pontevedra 1988).

Victoria Maldonado’s art is an excuse to leave an immovable imprint in the world. Her art is self-referential: it reverses the process of creation as much as the final work itself. To her, an artwork follows a process she humor- ously compares to a life cycle. A piece is born from an idea, and grows as the idea is developed and produced. Once the piece is finished, so is their life cycle. In this way, her biomorphic sculptures can be understood as fossils. They are the discarded remains of an original idea, left to stand the test of time alone, imperishable yet undeniably beautiful. In her own words, “I try at all times to transmit an ironic quality through the appropriation of the language of archaeology.” To her, the passage of time carries great meaning for the work- her bizarre sculptures encapsu- late an idea and preserve it for eternity.

Similarly, one can understand the work of Los Bravú as the fossilized process of capturing age-old myths through contemporary painting. Continuing the appropriation of the language of archaeology, one can say their artwork is appreciated in ‘layers’: the enchanting beauty of the surface work gives way to powerful symbolic undertones that portray some of the western world’s most profound religious stories and myths. For example, they portray stories relating to narcissism, anxiety, boredom, hedonism… all these prevalent motifs of Greek mythology that are relevant to the youth of today and their relationship with digital media. The painstaking process behind each piece is just as relevant as the underlying meaning – every detail, down to a single leaf, is symbolically charged. The creation of each piece starts with a centuries-old idea that is then recreated within a contemporary lens. In this way you can argue that Victoria is right, and all artwork is a fossil of the idea that creates it. These ancient stories are strengthened by time, as cultural layers are added on by each generation like sedimentary rock. Los Bravú are key in ensuring that they remain very much alive today, physically brought to life, modernized and preserved by their painting.

Together they cement the idea that art is immortal. Los Bravú capture this idea by reframing ancient stories, ensur- ing that they remain relevant in time. Victoria takes a more literal approach to this idea, by creating a biomorphic sculpture that can be described as an ‘ode to sediment’ – a physical manifestation of the concept of art entrapped in time. The work of these artists not only reveres art itself, but the process by which it is created.