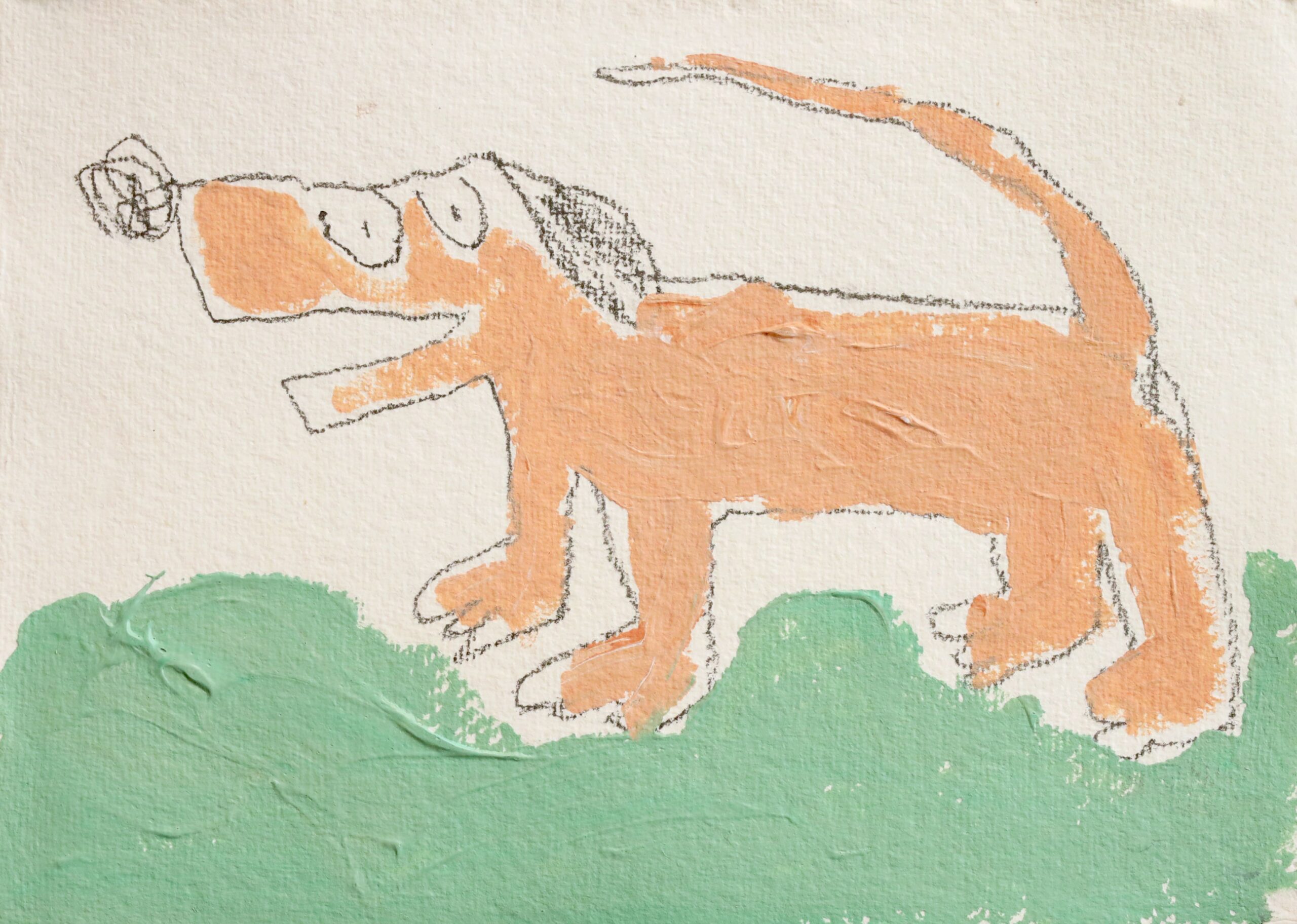 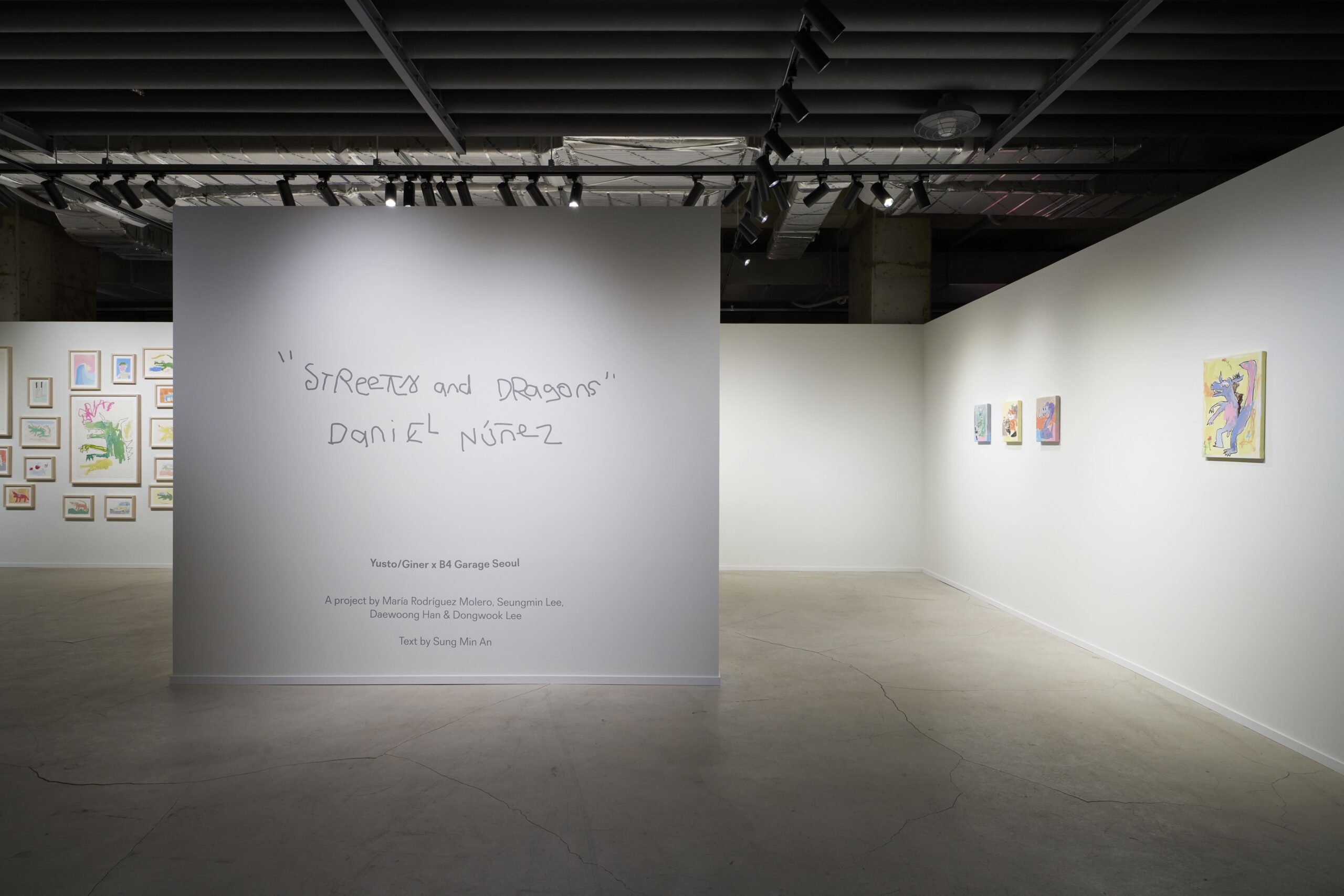 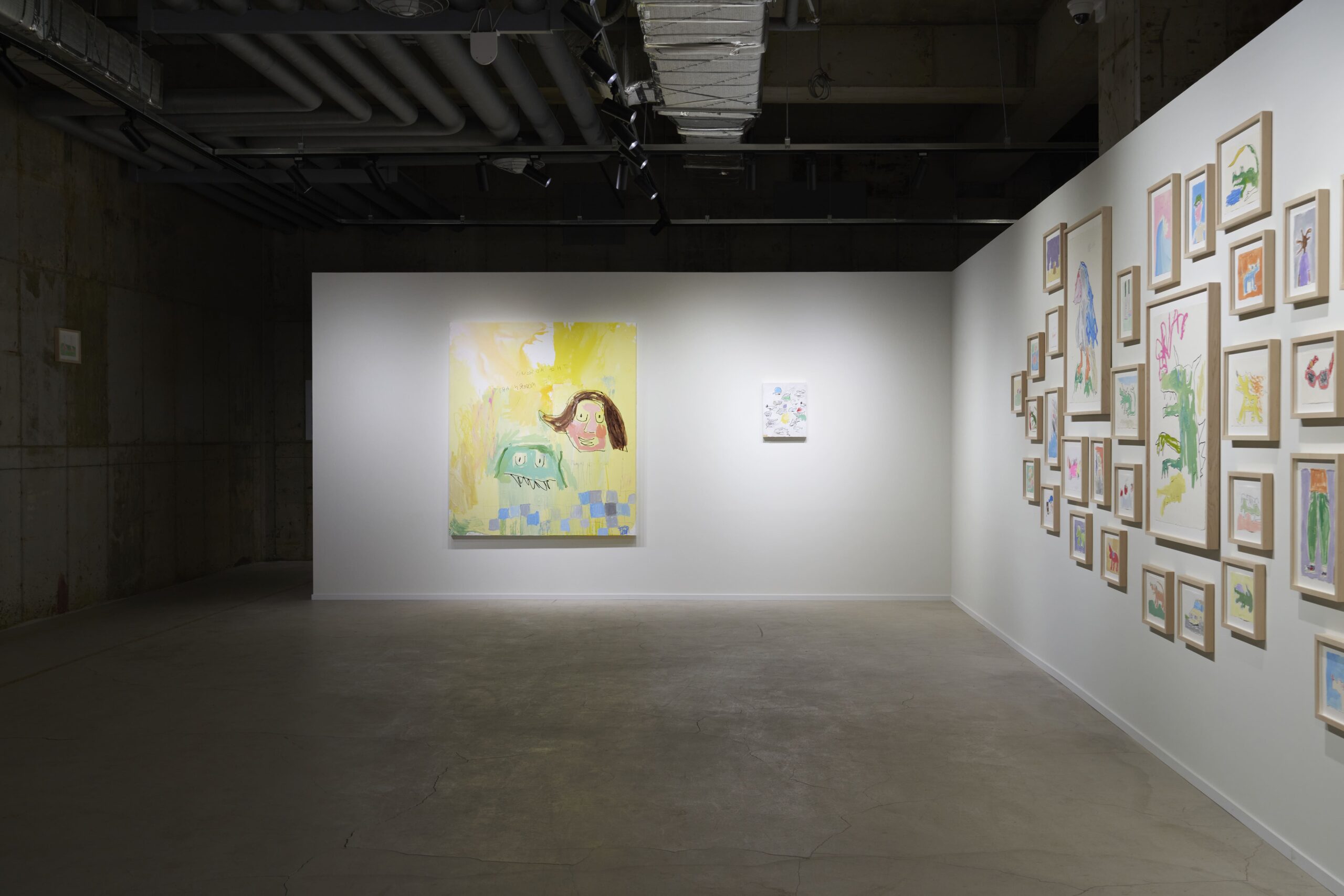 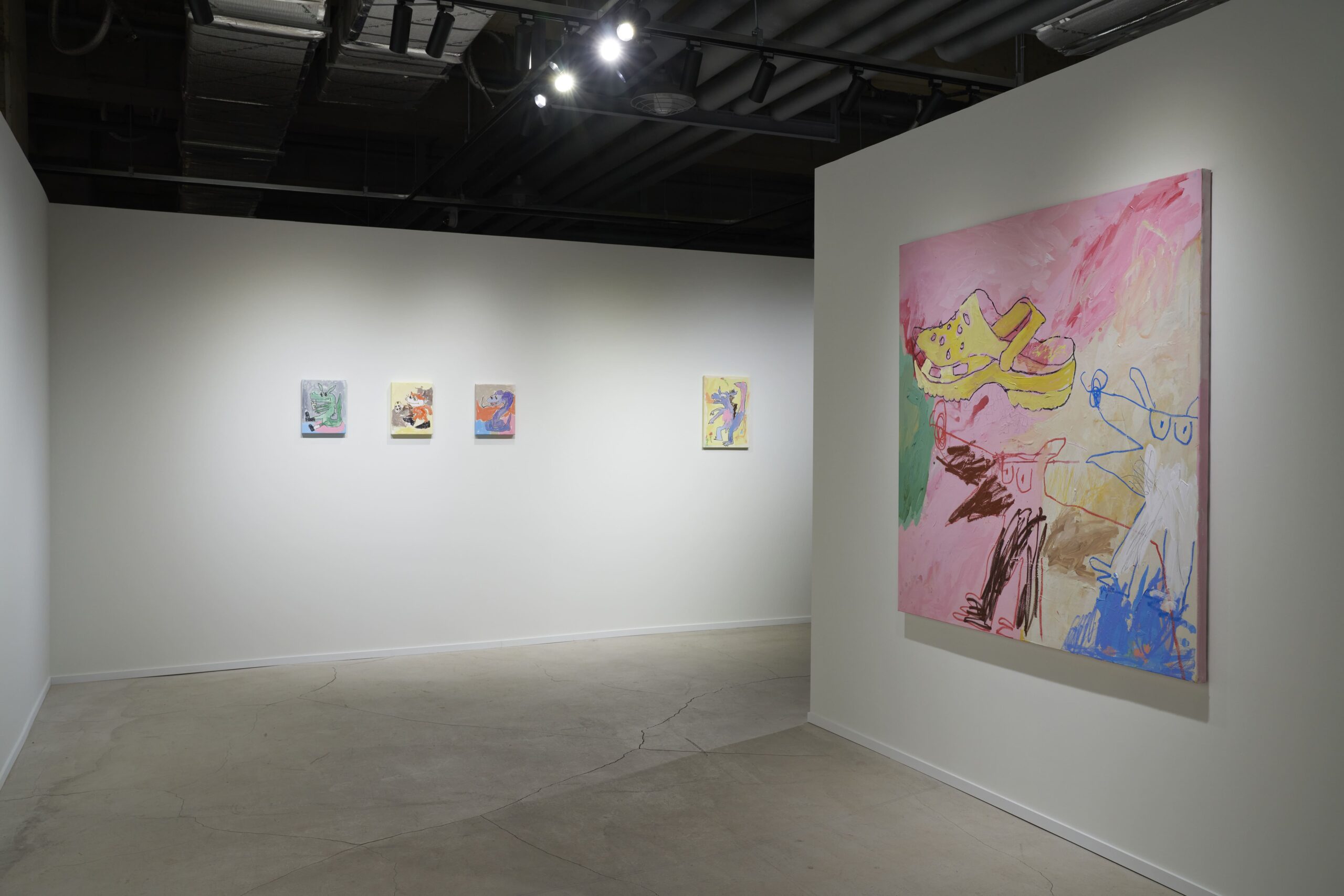 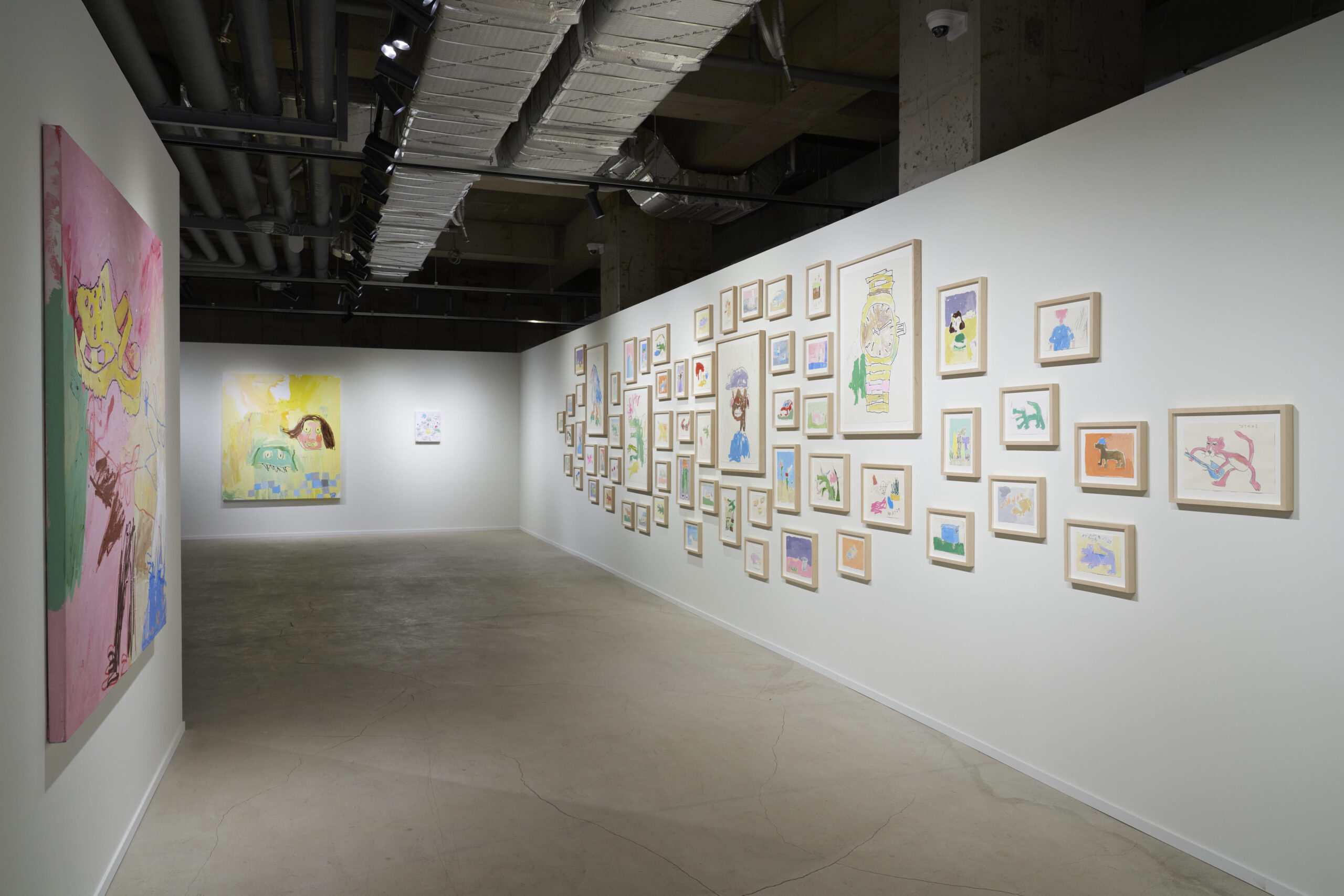 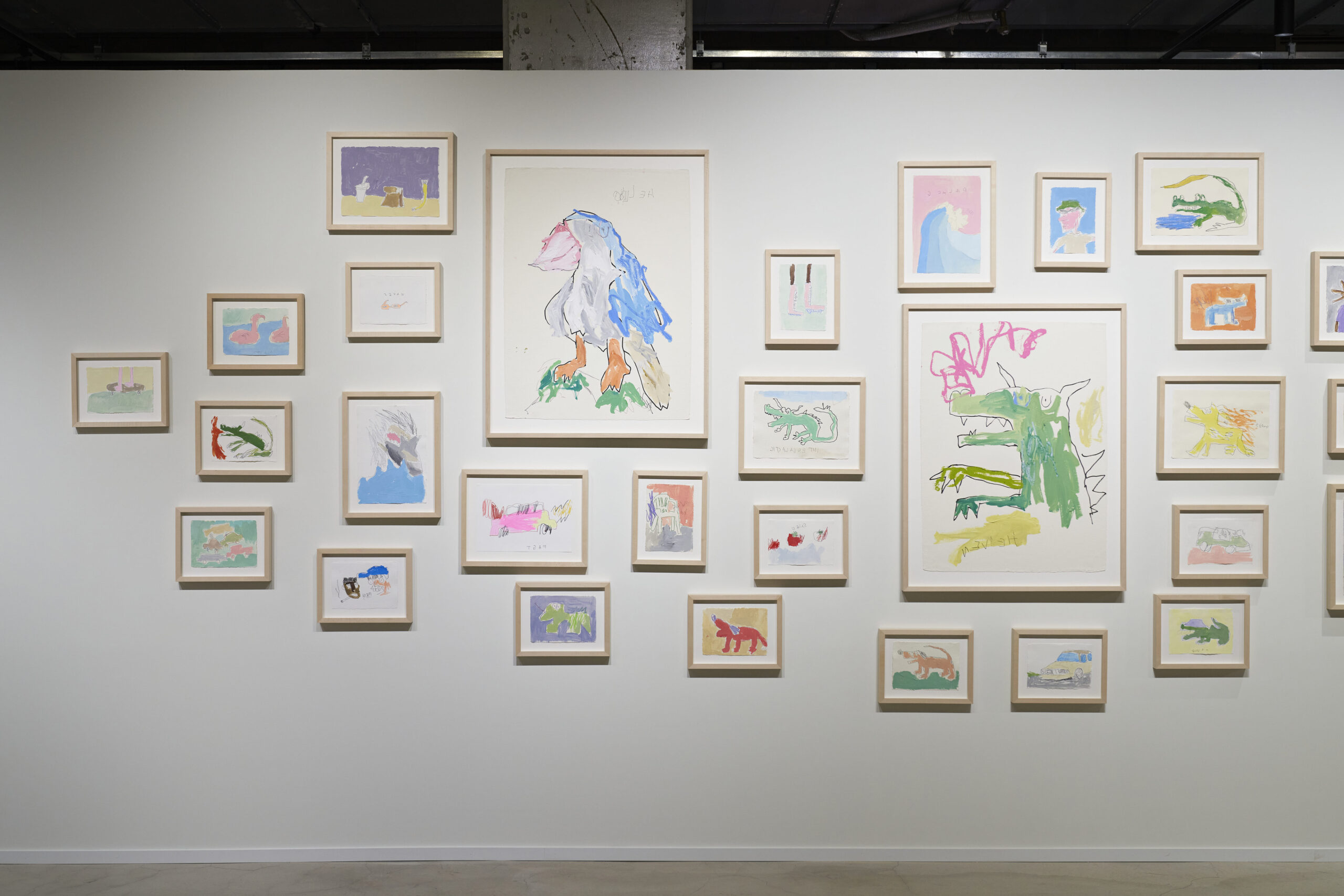 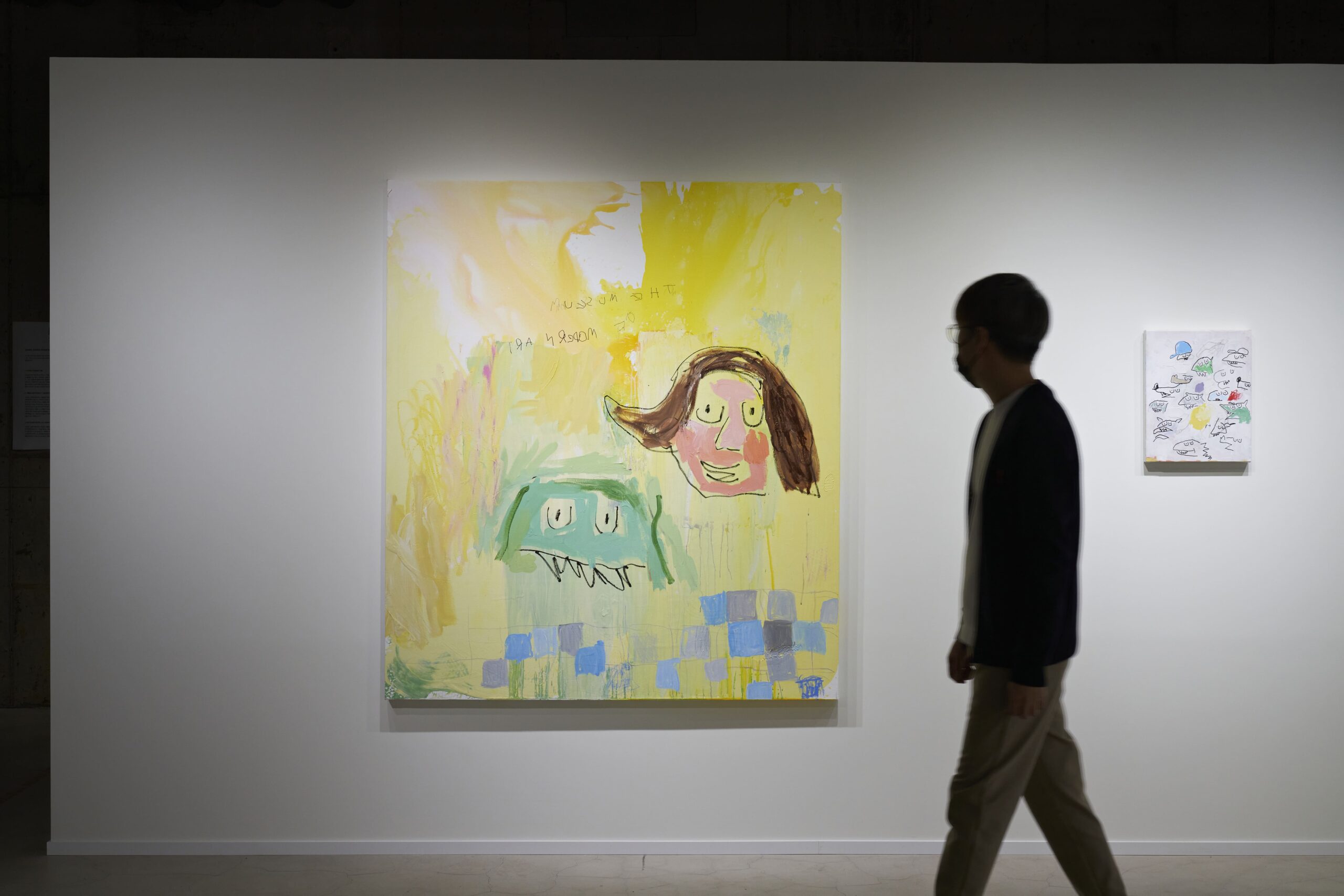 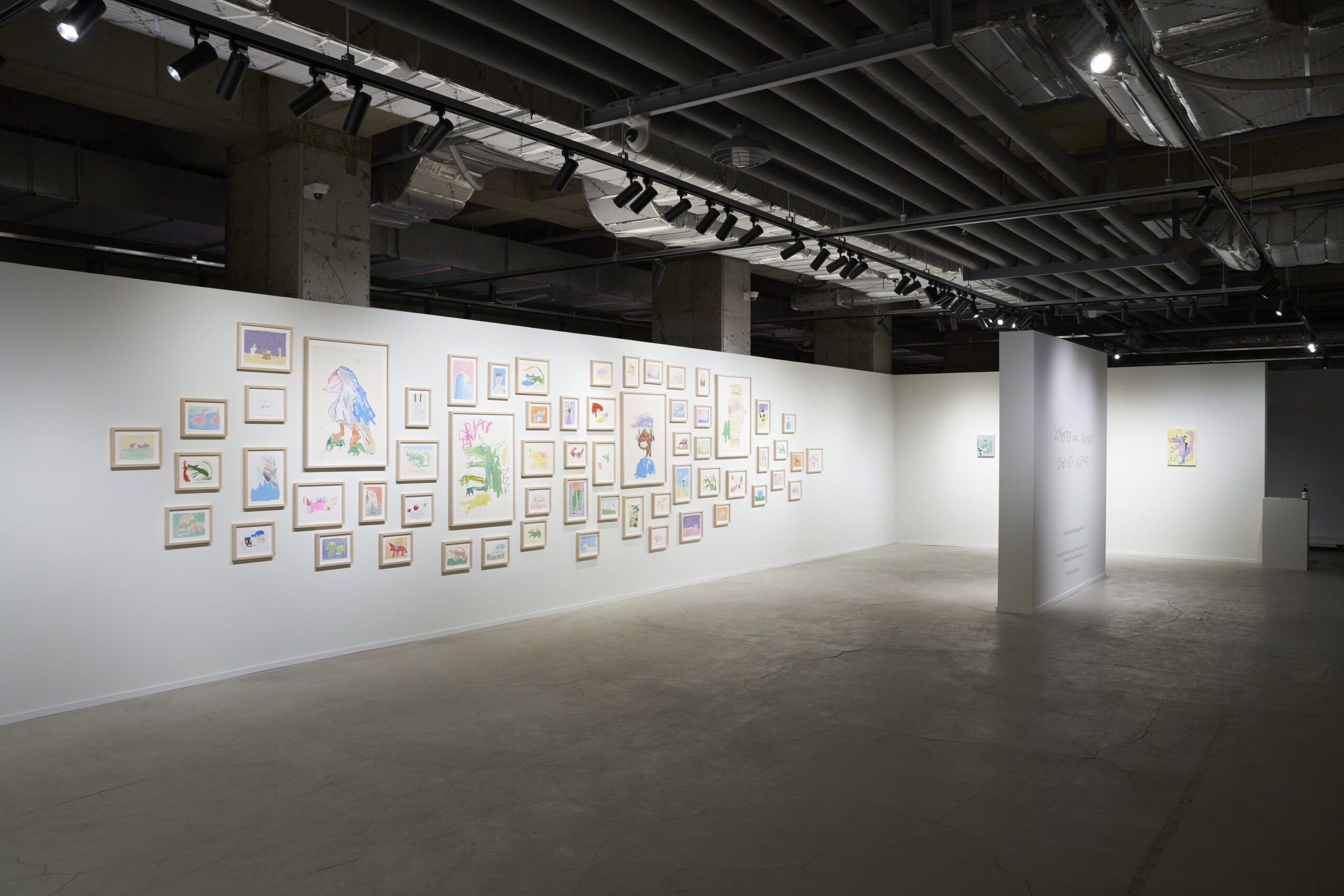 Daniel Núñez (B.1988) has been developing his art world on his own without a formal education in pure art. He studied illustration and design at CES Schools in Madrid and was inspired by many artists.

Núñez (hereinafter referred to as “ Núñez”) combines various media such as ink, wax, spray, and oil sticks to express materials that can be easily encountered in everyday life, such as bananas, bills, leftover food, hats, clothes, and cars, like children’s graffiti. His paintings sometimes seem very experimental and they don’t seem to contain the color intact in the form. Unfamiliar colors that don’t fit things squeeze out of shape and float freely in the air. His paintings also look like graffiti, which is quickly spray-done. In form and color and the use of media, we can read the traditions of graffiti.

2. Looking at things unfamiliarly: the context of surrealism

All the objects in Núñez’s paintings are easy to see in everyday life. He places these objects in unfamiliar contexts. As Rene Magritte has shown, we can look at things from a different perspective just by placing them in a completely different context, the size, context, and use of things. Why does Núñez make familiar objects unfamiliar? Núñez has stated explicitly that he wants to reveal the innocence of childhood through his art when looking at things.

Núñez also wants to dismantle ‘fixed meaning’ in a way that reveals the purity of things. That’s why he chose the everyday objects that we’re most familiar with as subjects. This is because we can look at things with open eyes (interpretation) away from everyday colors and forms by putting familiar things in an unfamiliar context.

3. Melanie is the crystal of simplicity and expressive color

The everyday objects that appear in Núñez’s paintings are very simple. The shape lines and the colors that fill them are erasing each other’s boundaries as if they were painted by a child. The lines feel very rough and the colors are empty. Both form and color feel very spontaneous.

According to Núñez, he tries to make emotions and thoughts flow freely when he creates, and he completes his paintings through it. Nunez says that color has a deep connection with its identity and it can leave itself in its purest state. The color that feels strange in Núñez’s painting contains the innocence of childhood. In order for colors to walk freely through the canvas, we have to look at things in a different context.

So the most important thing in the world of Núñez is how to look at things and express them. He says he can see the essence of things without prejudice when he looks at things with the purest child’s eyes. Like philosophers who believed that phenomenological reduction in the early 20th century would bring them closer to the ‘object itself’ when removing the natural and scientific context surrounding them, Nunez tries to remove the impurities that surround them. He believes that this can better reveal the beauty of things.

On the other hand, Núñez’s idea is also inspired by the minimalism of the 1960s, the last stop to modernization. However, Núñez is also clearly aware of the limitations of the end point of modern abstract art, which was intended to show the world in its simplest form. As explained earlier, Nunez wanted things to have an open meaning by placing “locked” objects in various contexts in the inner innovation of modern abstract art and expressing them in the form of improvised graffiti. As art critic and world-renowned artist Ufan Lee said, art is not creation, but “re-presents.” Núñez’s re-contextualization of everyday objects in various ways can be seen as in this way to shed the everyday life fixed to objects and play with various meanings. Through this, Núñez wanted to make things that were insignificant or that we didn’t notice look at from a different perspective, further expanding the notion of beauty, and capturing his emotions in color.

That’s why you can feel the impromptuness of his paintings, the trace of his graffiti, the emotion and the unfamiliarity that he has in them, the simple and pure feeling. In this respect, I would say that his paintings contain a lot of the artist’s So if you look at the world of Nunez’s work in the context of expressionism, you can enjoy it more.