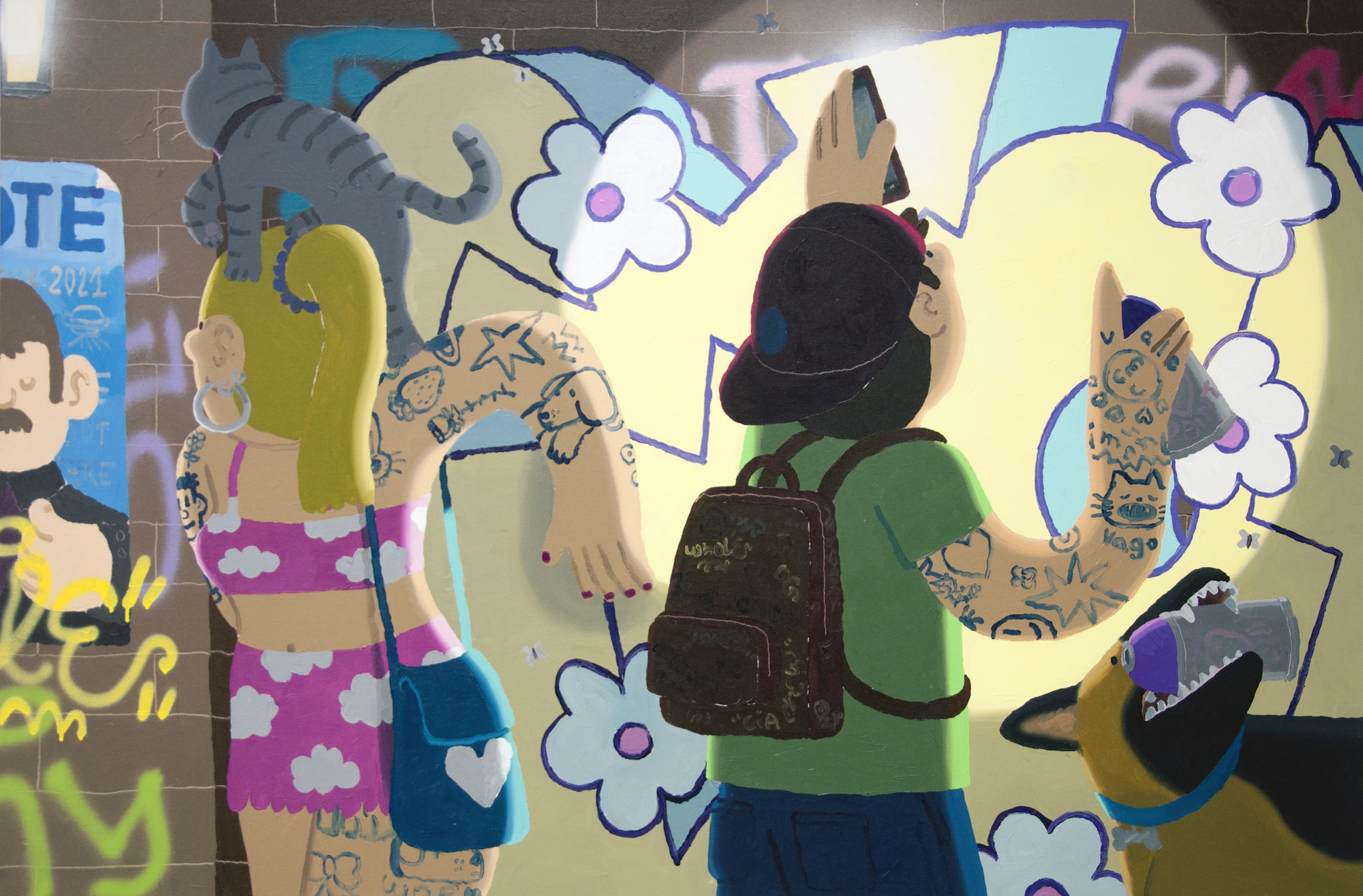 Yusto/Giner presents ‘Cute but Cop’, IMON BOY’s first individual exhibition with the Gallery at its space in Marbella.

Born in 1992 Imon Boy has spent years in the world of graffiti, alternating between street art and other studio projects, in a parallel yet enriching manner. In a self-referential way, he brings all which has made him who he is into the artistic realm: graffiti, videogames, internet, cinema, music, or travel, to create stories marked by cartoonish characters in seemingly comical situations. The key factor in his production is the union of these pop elements with his curiosity for drawing and the search for the expression of irony, quirkiness, and joy within new forms and scenery. His works are full of bright and colourful detail which, influenced by pop and graffiti, evoke in the observer a sense of playfulness to take life less seriously by.

‘Cute but cop’ sees IMON BOY present, for the first time, an exhibition united around a specific concept. In this exhibition his focus is on the natural predator of every graffiti artist: Cops. Usually, this traditionally tense relationship results in graffiti artists being harshly treated by the police, which are in turn depicted spitefully on city walls. However, this ‘war’ is completely different inside IMON BOY’s world: it draws better parallels with Tom and Jerry. His use of irony in this sense inverts this negative relationship into a game, where policemen smile instead of handing out fines.

Hate, envy, and testosterone are rife amongst graffiti artists, not only towards police but often towards each other. It is a close-minded world where a word as lovely as ‘toy’ becomes an insult – to be a clueless, new kid. Irony thus becomes IMON boy’s greatest tool to revert this toxicity into the free, humorous art that graffiti is meant to be.

Through irony, IMON BOY depicts a humorous ideal far from the often-hateful attitudes that plague the street art world. It seems a world in which both sides enjoy mischief and humour. His cartoonish characters are the perfect instrument to portray the optimism and carefreeness in the world, which we often erroneously forget.

MORE ABOUT THE ARTIST

The page you requested could not be found. Try refining your search, or use the navigation above to locate the post.