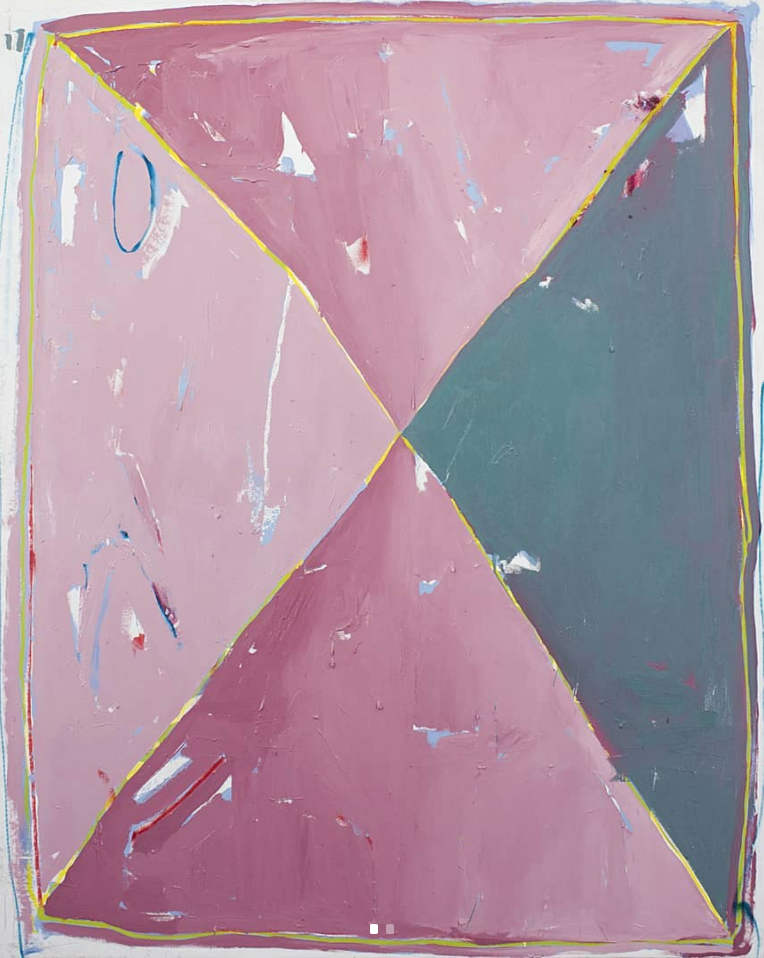 Opening: 22 of May from 12 to 14h. (please confirm that you will come, as there is limited availability)

‘Ovo’ is the first solo exhibition of the artist Carlos Pesudo with the Yusto / Giner Gallery in its Space in Marbella.

The shape of the letters in ‘OVO’ (egg in Portuguese) is like a code word, composed of two letters that are in turn very elementary signs: the circle and the triangle, two fundamental elements of the language of the exhibition. These are the two elements that are repeated in all the works.

The egg is an element that the artist treats as a metaphor for the isolation and secrecy that is generated in the studio, and how his way of living and acting within it configures the creative process itself. The egg is a space for the gestation of life, a natural element that is geometrically linked to the number ZERO, the starting point of all creative process. ‘OVO’ is the continuation of the previous project ‘zero space’. Here, an abstract language and an ambiguous image are proposed, generating a kind of cosmos in which repeating signs and shapes appear, as well as text and geometric elements that become organic, imperfect, or uncertain, and sometimes come or “escape” from letters or painted text.

In this exhibition, ‘OVO’ presents another dimension of this cosmos, where the representation becomes somewhat less uncertain due to the fact that the previous elements now appear arranged more concretely, in frontal compositions that show the element as the main figure of the picture. The exhibition is, in a way, a sample of the main elements that are born in the previous project, a kind of alphabet of the signs and symbols of which the work has become. These forms are based on natural elements, letters, architectures, or geometric figures so basic and universal that they are reminiscent of marks or signs of any human culture.