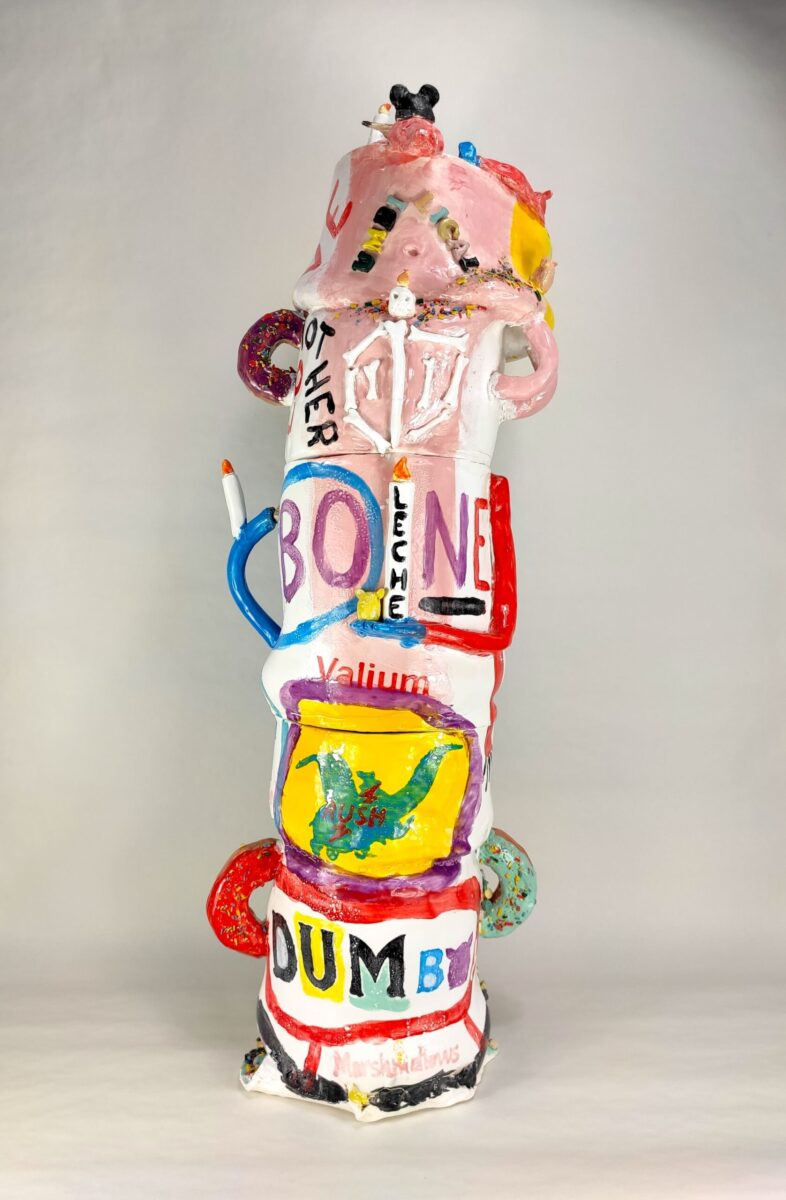 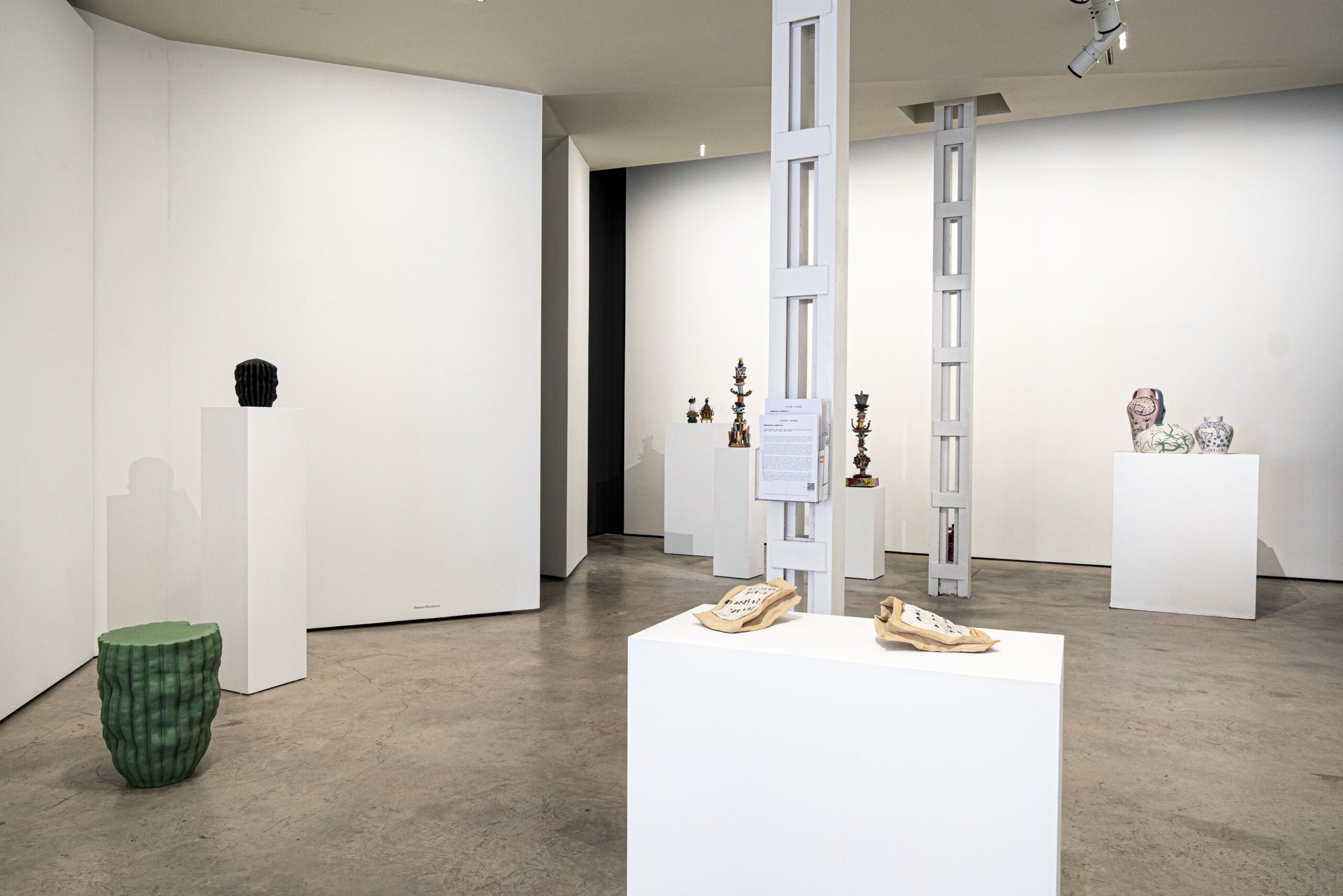 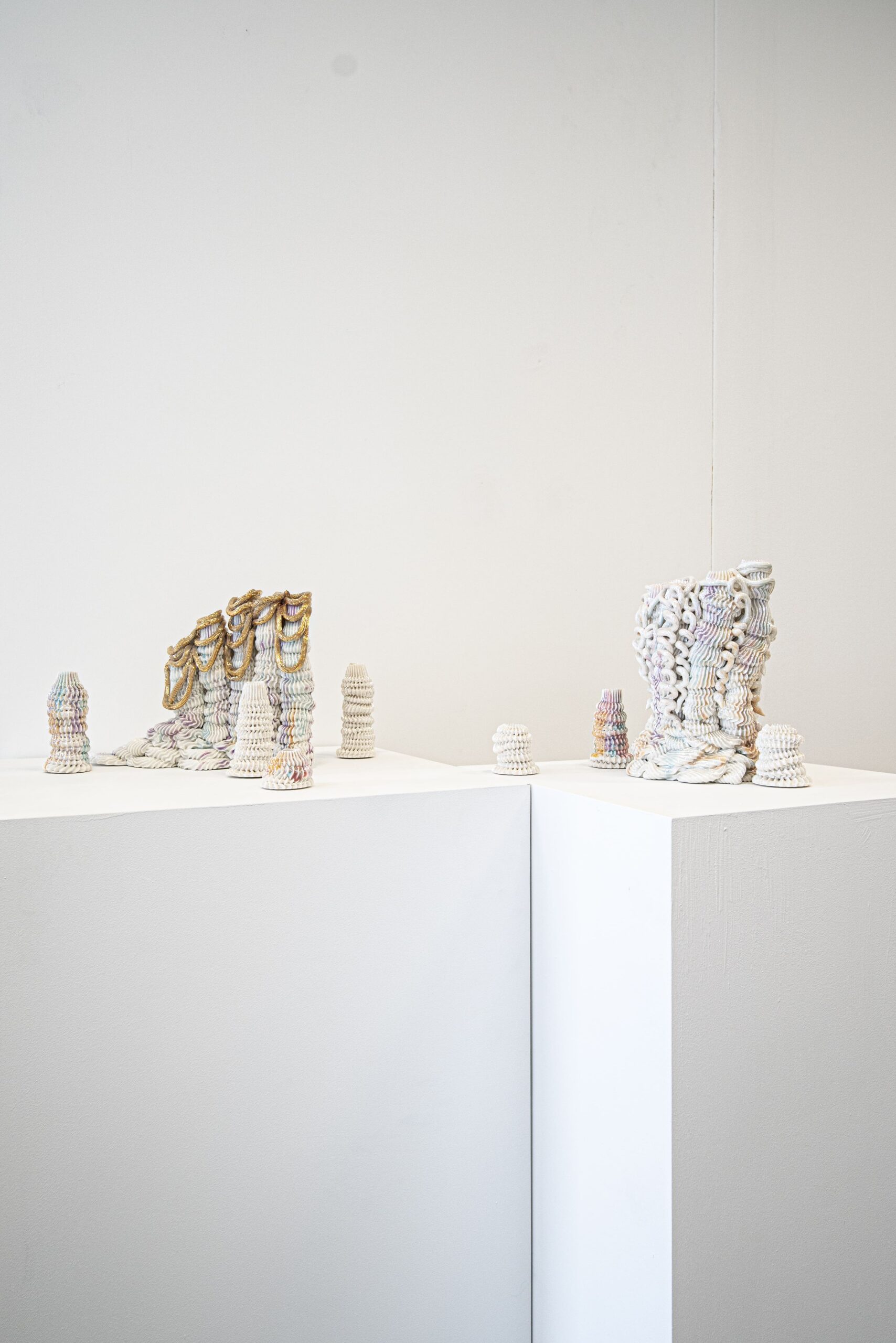 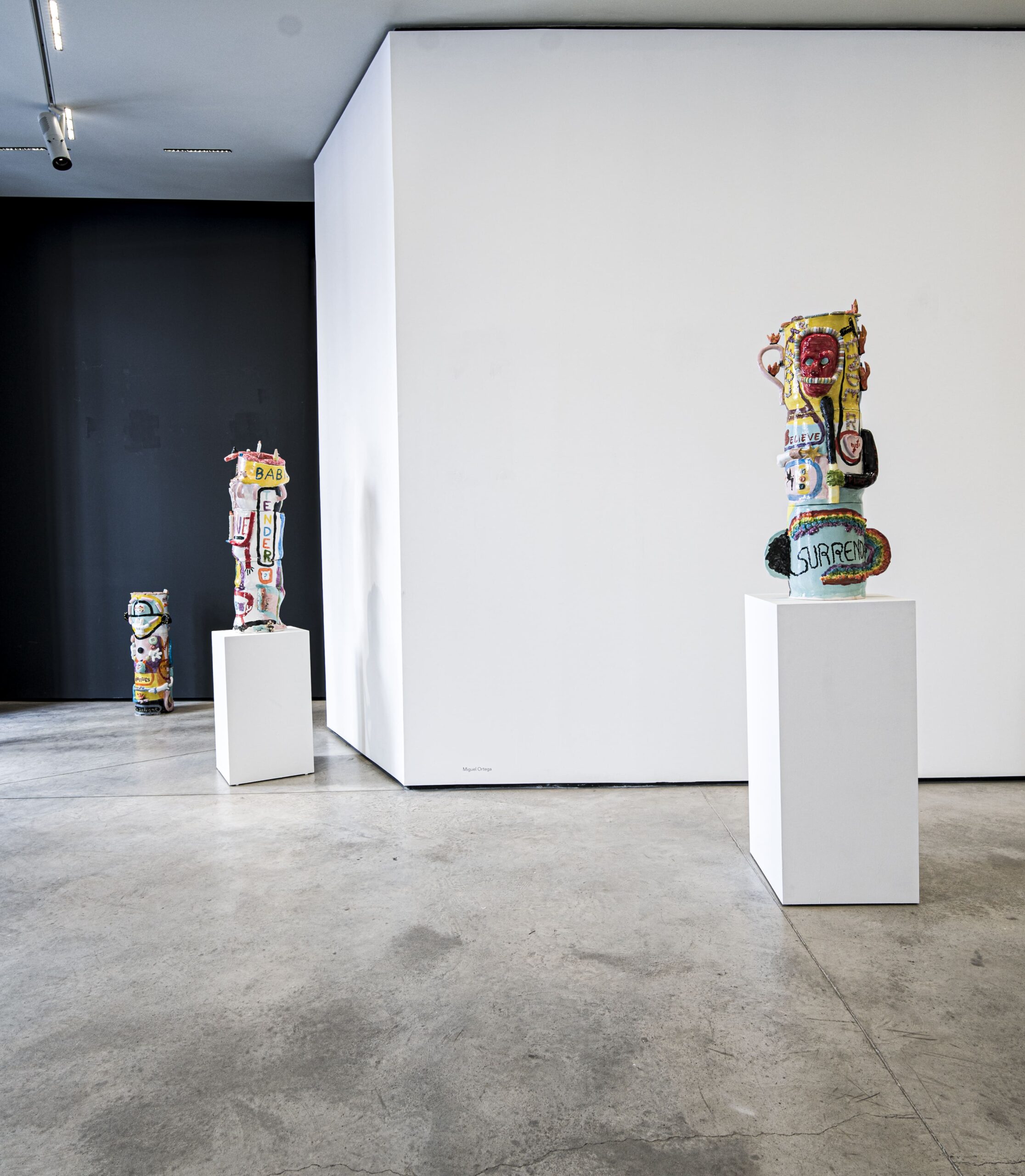 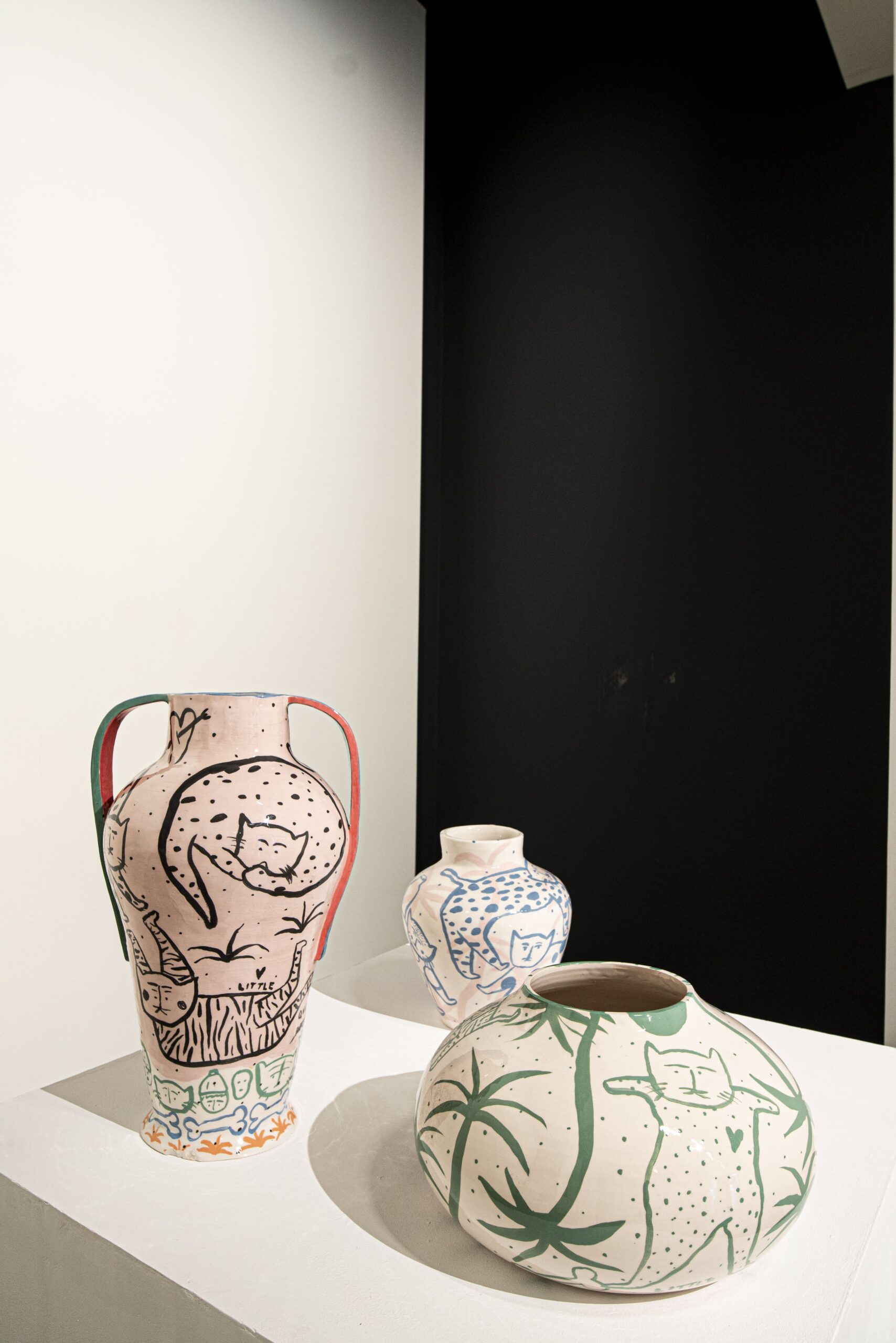 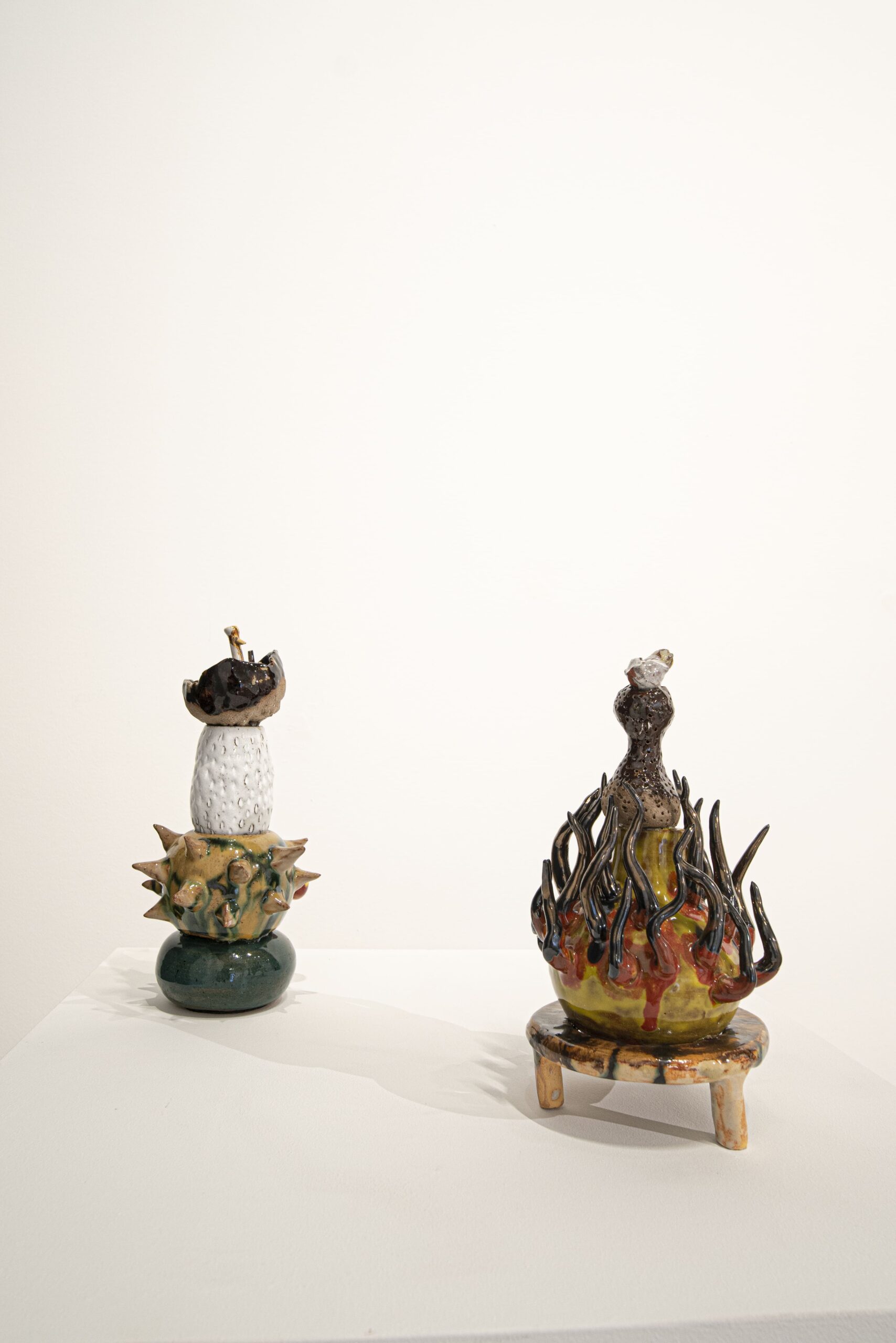 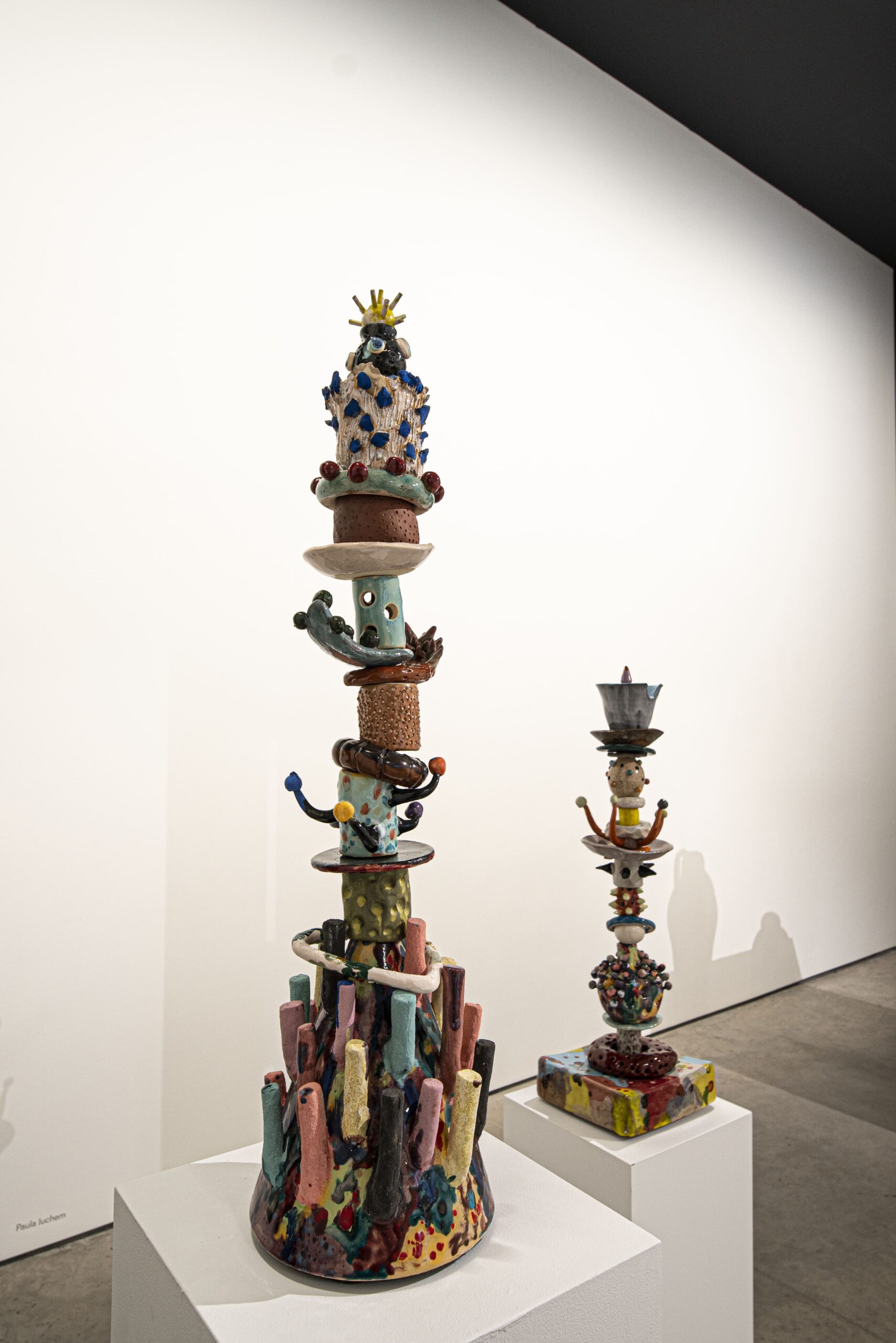 Many mythologies, legends and religions of the ancient world have narrated the origin of humanity from the modelling of clay, of man as a ceramic object. Clay has been envisioned as the raw material for creation, a tool of the gods. At the same time, the most reviled of all materials, the one that carries the most utilitarian loads on its back, but also the one that has had the fewest barriers and aesthetic rules imposed upon it.

The 21st century has opened new discursive paths for ceramics, starting from the physical and ideological destruction of what the potter’s know-how should be. The way in which the artists here present their work using this material is already a conceptual renovation in itself, since they have been able to change the meaning of the forms that we recognize, of those everyday containers and utensils that we instinctively associate with ceramics. They produce, in the words of the ceramic artist Willow Pattern, a kind of “aesthetic sabotage”, which in some way tries to transgress the traditional image of these elements or use it to their advantage to generate some uncertainty in the viewer.

Aesthetic Sabotage proposes a subversive look at hegemonic temporality and the stagnant readings with which we have faced this material and even art in general. The dreamlike, strange and fantastic forms, or the transformations and mutations that some of these works show, allude to both mythological and futuristic worlds, evidencing a phantasmagorical imagery where the active role of matter underlines its infinite possibilities: irregular, daring mixtures, with memories of kitsch or post-baroque compositions, far removed from any ideal or classical canon. Options that can even be perverse, as the Japanese-born sculptor and designer Isano Noguchi maintained, since “you can make clay look like anything”. Therein lies its danger and at the same time its great potential, in reaching where the others do not arrive.

Ceramic art has been imbued with new dialects by finally moving our gaze away from practical functions and introducing us to the irrational world of dreams, appearances and desire. However, I would dare to say that the pieces presented here are already timeless, since they play with those forms and references that have been able to transcend time and that, therefore, are already engraved in our collective imagination. If pottery precedes the very existence of humanity, as the ceramic beings that we are, we have no choice but to claim its original value.