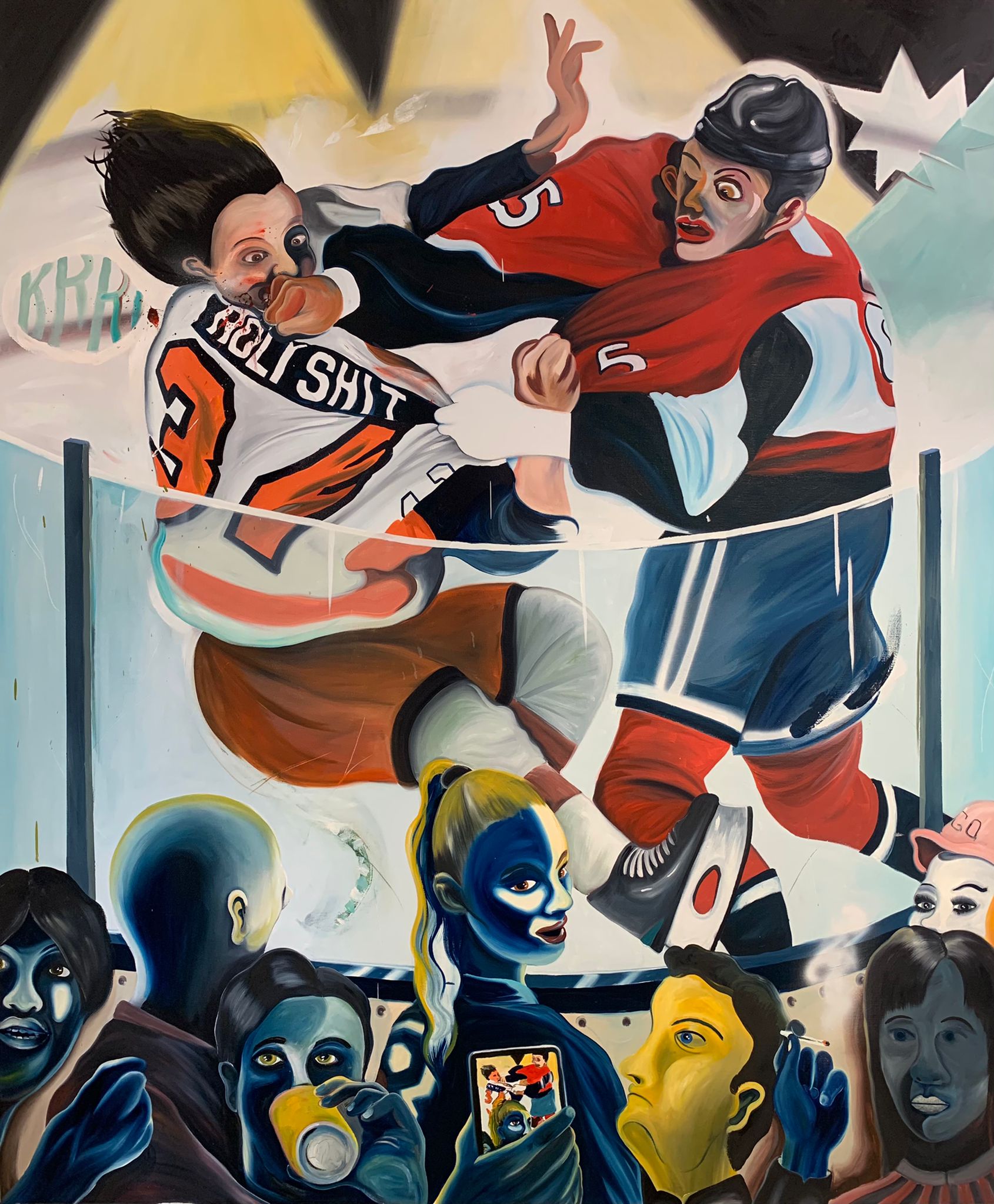 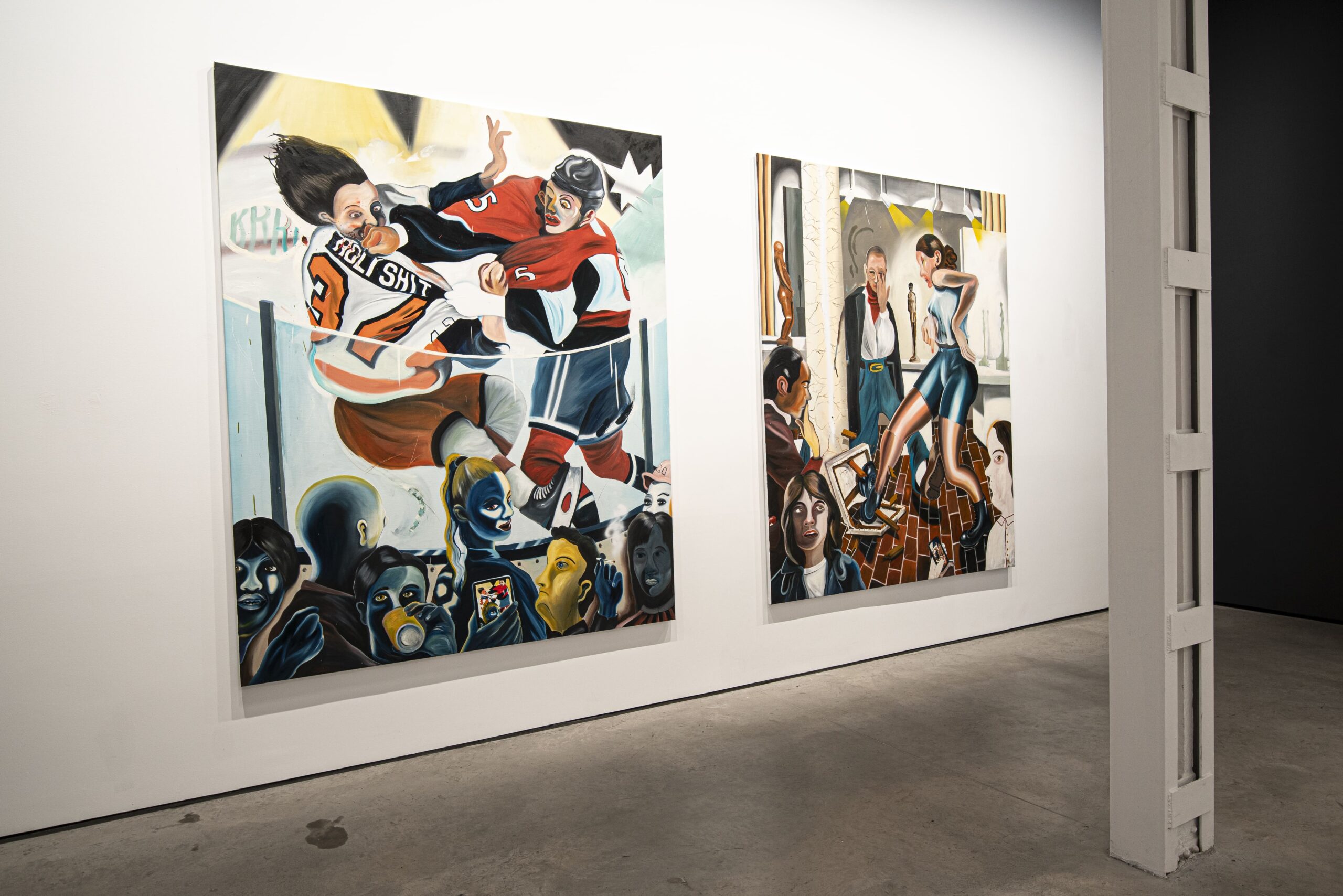 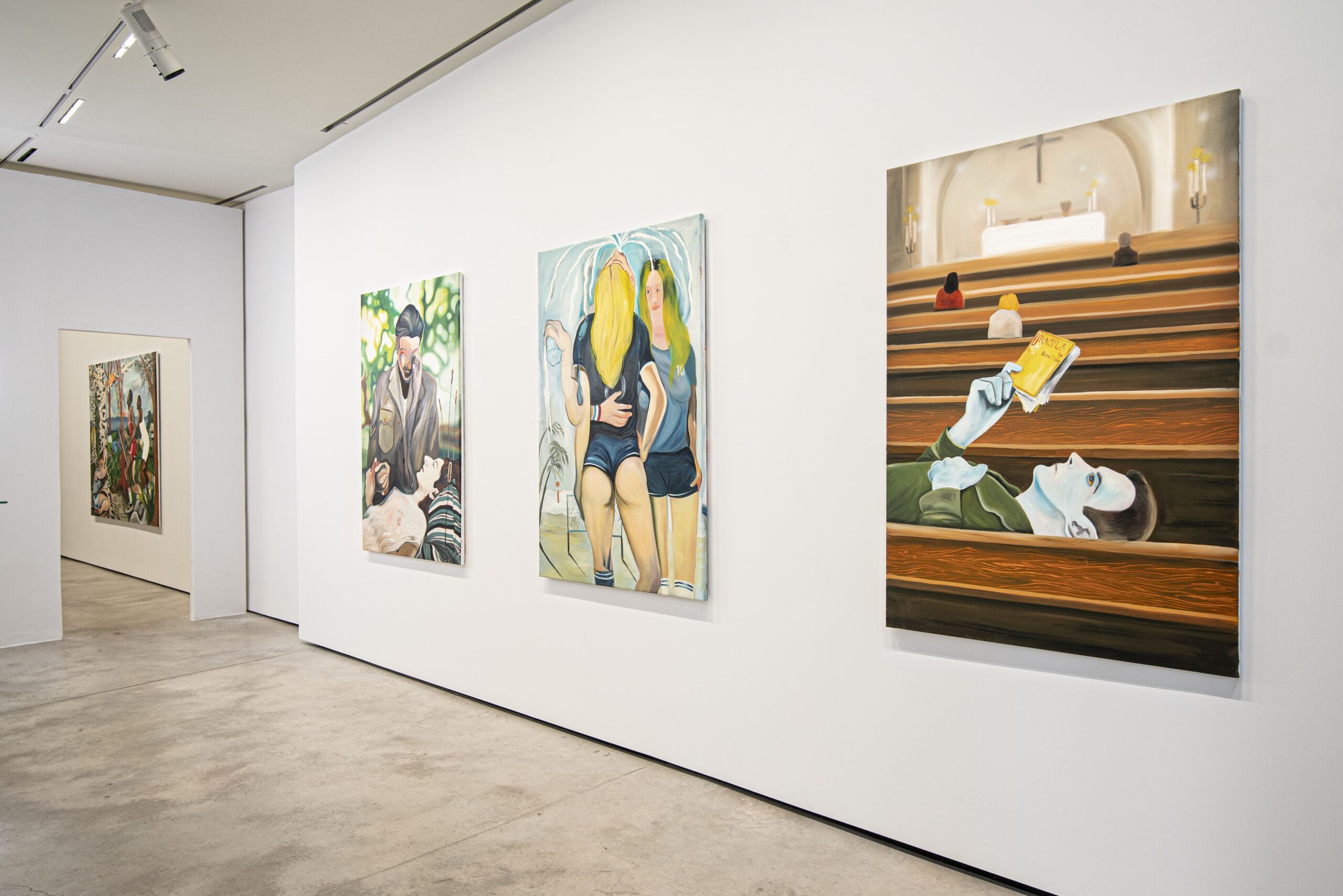 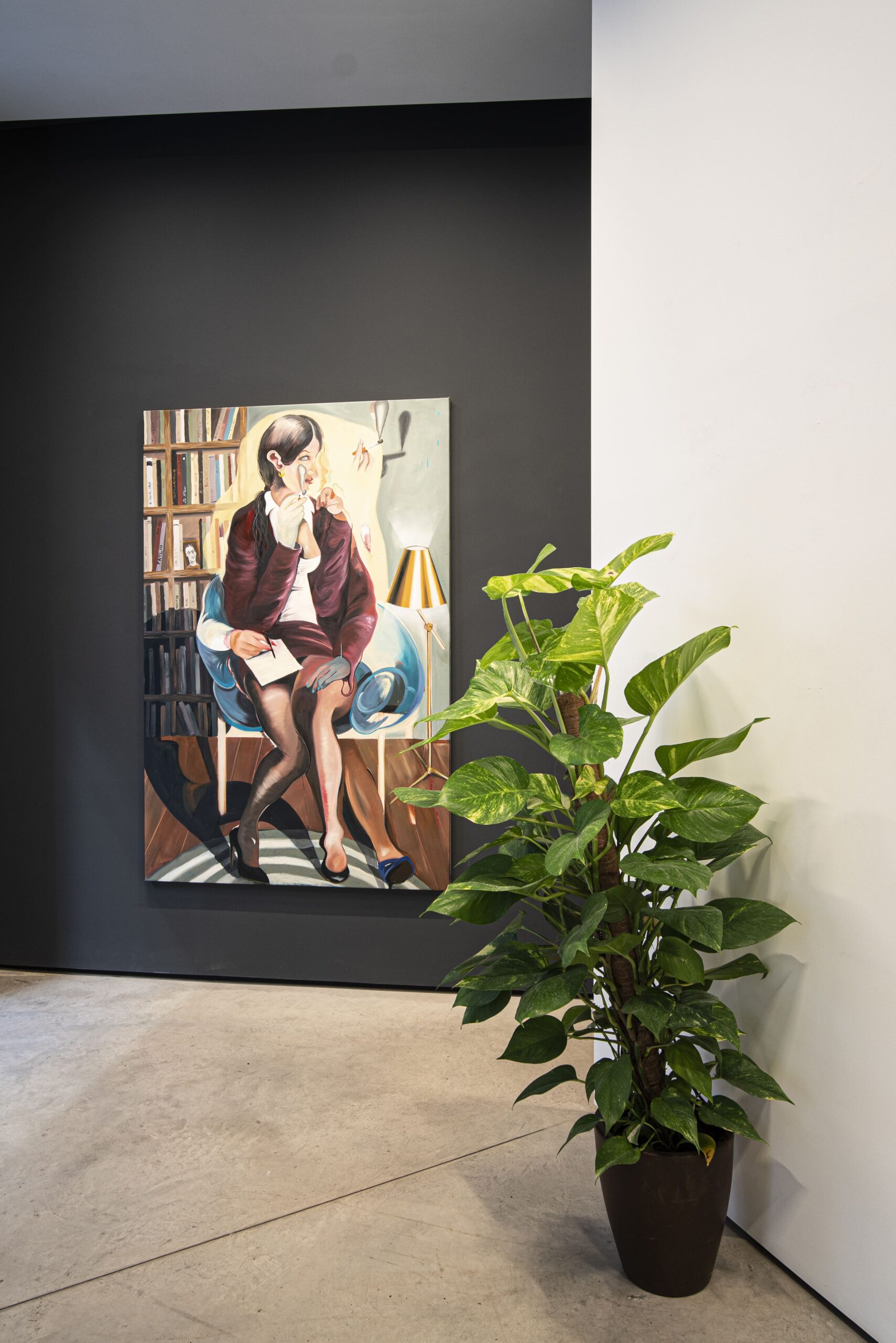 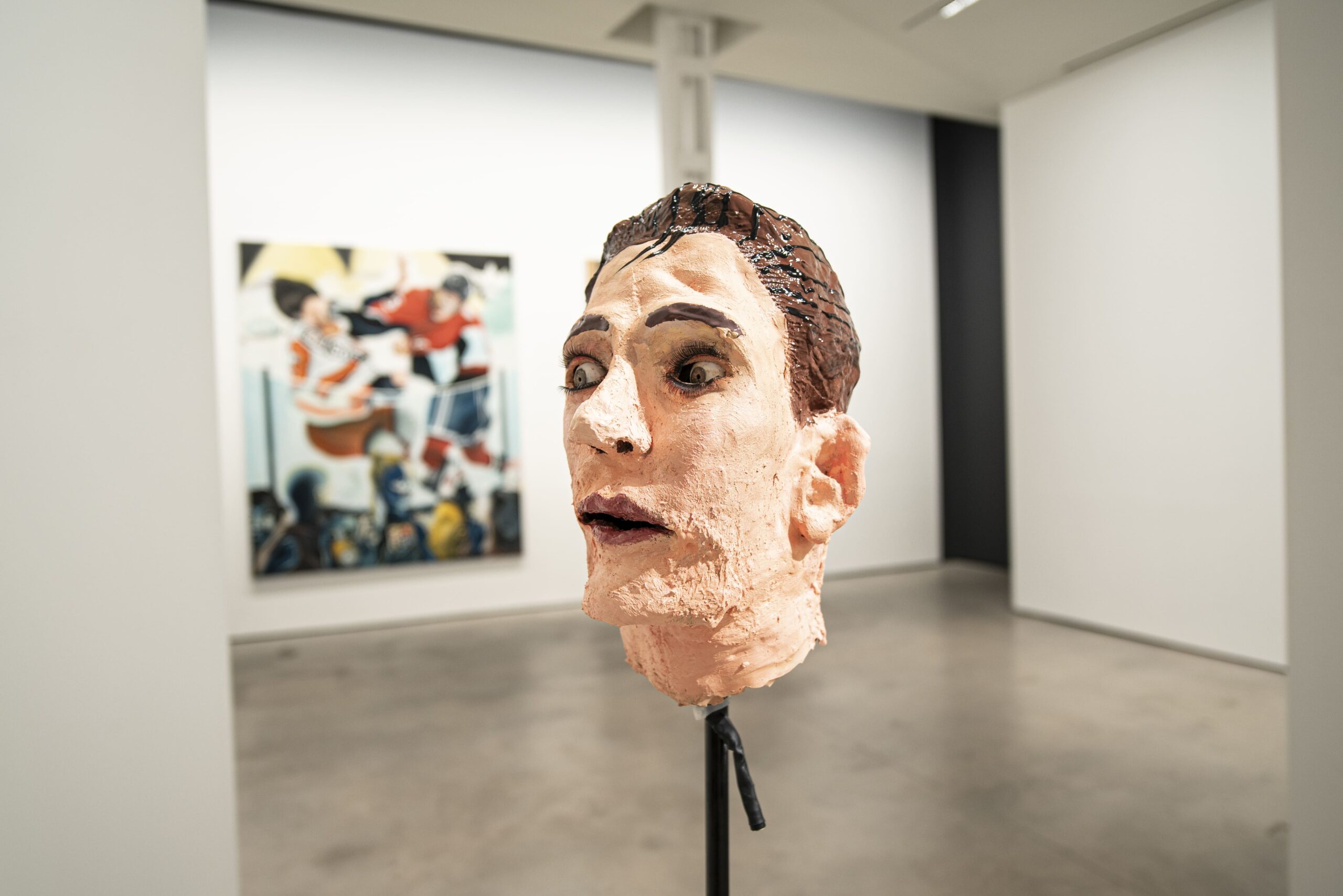 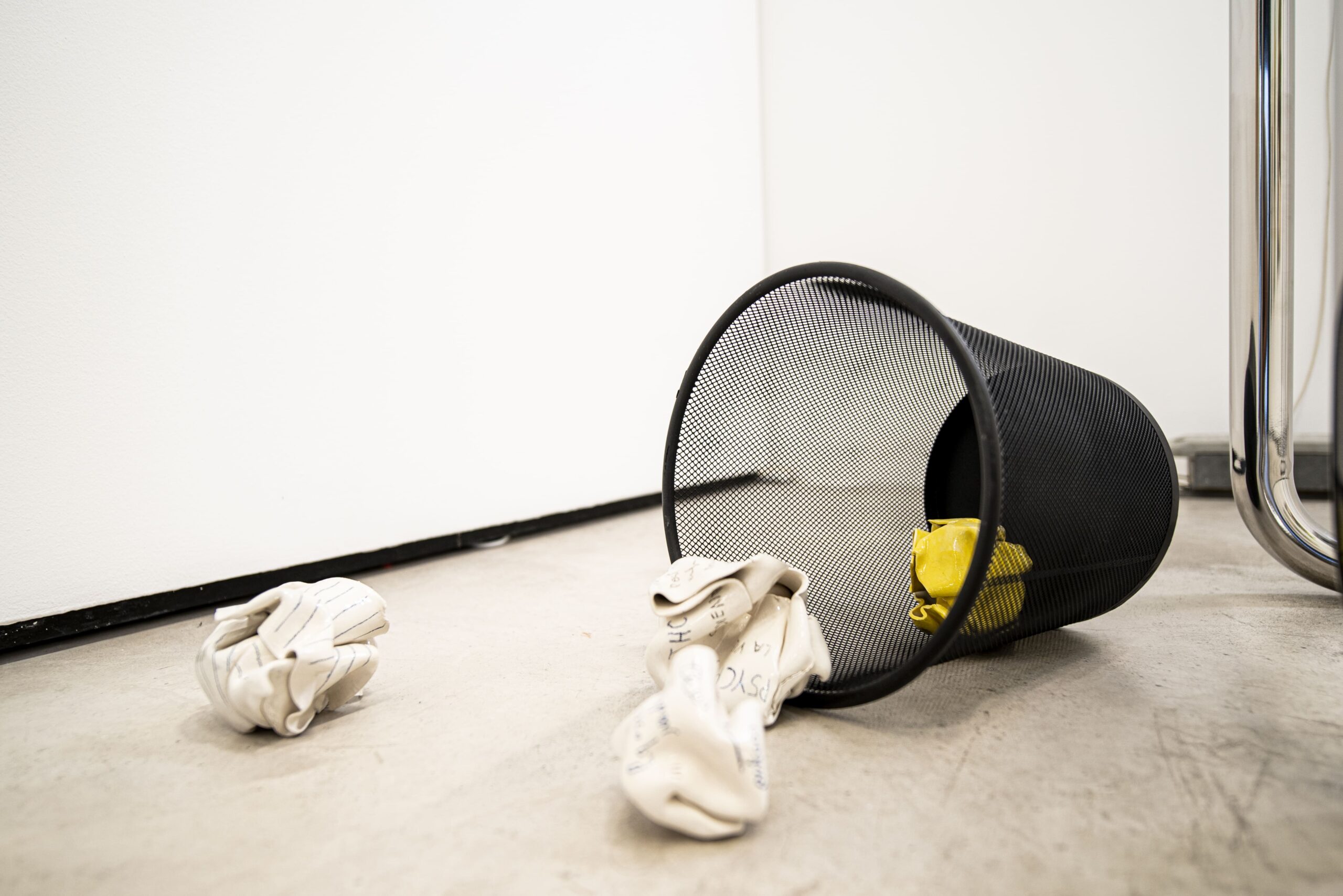 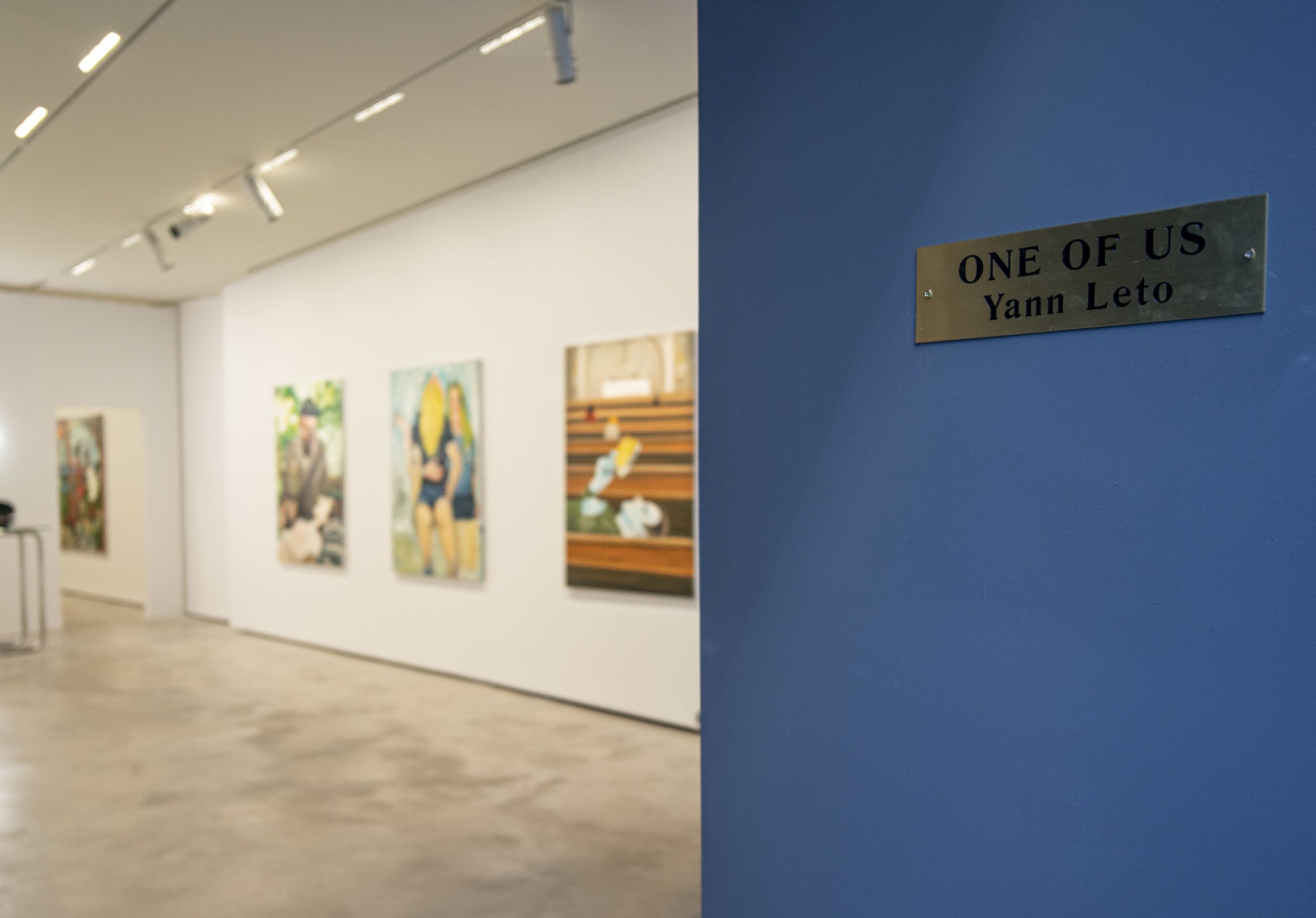 One of us is the title of the first individual exhibition of the Madrid-based French artist Yann Leto. It is a collection of medium and large format paintings which reflect the effort to maintain identity, autonomy and personal position within a group. The group is perhaps the most common form of coexistence of human beings (colleagues, friends, family, etc.). Man needs other individuals to develop and survive. The groups that one will be part of throughout one’s life, voluntarily or involuntarily, will provide one with an important number of stimuli necessary for development and survival and require a necessary transformation in which personal interests will have to be modified or compromised all members of that group must accept a series of rules.

Likewise, an automated sculpture of a bust conversing with the portrait of a psychologist in her library will be part of this collection and will thus complement the rest of the work. Evoking a moment from Tod Browning’s film Freaks, in which the monsters of that famous circus sing: “Gobble, gobble, we accept her, one of us, one of us…” questions arise that we continually try to give convincing answers to: How much must we accept for someone to be considered one of us? Is someone one of us because they’re just like us? Forming a group makes you stronger and protects you, but it also creates a hierarchy, as happens among the monsters in the movie. The power struggle is continuous and ends in tragedy. It is a micro world and a faithful portrait of what is still happening today at many levels, not only personal, but also political, social and economic.

Without falling into criticism of capitalism, this exhibition aims to leave testimony of the daily effort to maintain the notion of authenticity and the wear and tear involved in externalizing the personality when one is trapped in a global and polished society that determines the way we dress, think, act and live in general. It also refers to the passage from subject to individual and the radical change to find the perfect fit in situations in which one is not alone, of how we feel once integrated, of the forces and recognitions that are established as lasting laws and, sometimes, immovable, as One Of Us suggests, the song by Joan Osborne that affirms that perhaps God is among us, as if a divine being suddenly did us the favor of being one of our own, confirming that we are small and unworthy, when we thought we had achieved everything.

Through these works, Leto seeks to highlight the hierarchical structure within the group, whether officially accepted or not, the church, the company, or even prison… how to create an order respecting a pyramidal or somewhat less geometric pattern, sometimes, in the exercise of force and fight of the can do. Who wins? The smartest? The most powerful? The strongest? He who acts outside of, or one that is imposed by the force of the law? Even the one who decides living with drawn from society enters into group conflict against nature, animal law or the climate, not without being involved in a process of deindividuation. We are all trying to fit into this society imposed by the thirst for success and power and the only way to find peace is perhaps through death. not seen from an only biological, religious or anthropological process, since approaching it in this way would seem, at first glance, to be falling into the trap of simplified thought. Instead, showing this death as a complex, open, social and transdisciplinary act.